Gene editing and the power to control evolution

Imagine a world where genetic diseases, or even HIV or cancer, could be cured by simply editing them out of your DNA. At first, it seems unrealistic, but it might not even be that far away. We may be lucky enough to see a time when gene editing becomes standard medical practice. However, as with almost everything incredibly powerful, gene editing comes with its dark sides. Why stop at curing diseases if we could create designer babies? – Choosing from a catalog of improved genes, such as increased muscle strength or intelligence. There are, of course, many ethical issues that would have to be addressed before proceeding with caution.

For billions of years, life on earth has evolved through randomly occurring genetic modifications and, therefore, improved by variation. This phenomenon is widely known as Darwin’s law of evolution; perhaps modifying the genetic code is not as new and unnatural as it might sound.

Cases of natural gene editing indeed occur. Since 1960 researchers at the National Institute for Health (NIH) have studied a rare disease called WHIM, a painful immunodeficiency disorder brought on by a single letter mutation in the DNA. One of the patients, known as the WHIM-9 patient to NIH researchers, was diagnosed in the1960s with WHIM, but when she was observed again in 2013, she seemed to be cured due to a phenomenon called chromothripsis.

Chromothripsis is when a chromosome suddenly shatters and is repaired, resulting in a massive rearrangement of genes (1, 2). This chain of events must have erased the misspelling in the patient’s genetic code, causing the illness and symptoms. We could say that nature spontaneously and unintentionally edited the patient’s genome to the great benefit of her health.

What if science could reverse the often devastating effects of genetic misspellings and correct them to cure genetic disorders?

Gene editing made its first breakthrough in the 1980s, where researchers first succeeded in overwriting defective genes with healthy ones in mice through a process known as homologous recombination (3,4). So far, this technique has had no therapeutic viability. Many other techniques have come since, but they all came with huge complexity and impracticality in clinical applications. This all changed when a region of bacterial DNA with an exactly repeating sequence over certain intervals was discovered – CRISPR or Clustered Regularly Interspaced Short Palindromic Repeats. This discovery gave researchers the chance to develop a technique that was simple and effective enough to be used in gene therapy (5, 6). CRISPR DNA is an important key to the bacterial immune system and is responsible for fighting off viruses, enabling bacteria to recognize and destroy viruses during future infections – But how?

CRISPR relies on three essential components to cleave and destroy viral DNA – the CRISPR-associated CAS genes, the CRISPR RNA (crRNAs) and tracrRNA (trans-activating crRNA). While the CAS9 gene codes for an endonuclease that cuts the DNA, the crRNA serves as a messenger guiding the endonuclease to the location where a cut is needed. There are several pathways of CRISPR activation, and one requires a tracrRNA to play a role in the maturation of crRNA (7,8,9).

The CRISPR gene-editing methods broke all limits of imagination in gene engineering and opened up a whole new world of opportunities. Such gene editing tools are not only changing the way we look for cures for genetic disorders, but also impacting other practical applications in many areas.

CRISPR gene editing can be used for a wide range of applications, but there is one general workflow that most researchers follow. It starts with designing the guide RNA and choosing the Cas enzyme. This is then delivered in to the cells where the final editing event happens. Various delivery options are possible, including DNA (as plasmid or virus), RNA (as guide RNA and Cas mRNA) or a pre-built RNP complex.

Gene editing is never 100% successful, so it's important to characterize the gene edits to screen for successfully edited clones, analyze sequences, or identify potential off-target effects.

When an edited cell line has been successfully generated, the effect of the edit can then be assessed based on the original research question, for example, what is the impact on gene expression or regulation?

Each step in the editing workflow has its challenges. However, finding the one successfully edited clone or screening for on- and off-target effects can be one of the most cumbersome and time-consuming. To find out how you can characterize your editing events faster and easier, check out our: 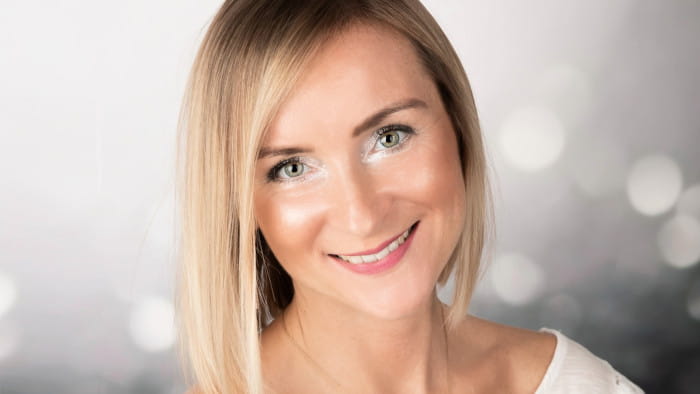 Laura Alina Mohr joined QIAGEN in 2015. She received her Master’s Degree in Chemical Biology at the Technical University Dortmund in Germany. During this time, she was involved in Systemic Cell Biology research at the prestigious Max Planck Institute. Before joining QIAGEN, Laura Alina worked at the Scripps Research Institute, San Diego, where she first focused on DNA damage/repair pathways and telomere biology. Later, she joined the Muscle Development, Aging and Regeneration program at the Sanford Burnham Prebys Medical Discovery Institute. At QIAGEN she is interested in gene expression profiling focusing on various biological pathways, e.g. cancer research and neurodegeneration.