By applying next generation sequencing (NGS) technologies to analyse the genomes of microorganisms that live in and/or on different parts of the human body, forensic investigators are now able to deduce the string of events that took place at a crime scene – all from tiny biological traces perpetrators left behind.

Ph.D. researcher Celia Díez López and Prof. Dr. Manfred Kayser, a team of researchers from the Department of Genetic Identification of Erasmus MC University Medical Center Rotterdam, often have only one attempt to get their workflow right. Each sample that reaches their lab, comprises an extremely small number of cells. Not only are available samples limited, but the ones they work with are susceptible to temporal and environmental effects - and often times there’s no second chances, not when it comes to forensic evidence.

Previous attempts to identify the tissue/body fluid a crime stain originates from has primarily relied on differently-expressed RNA markers, and since more recently, on differently-methylated DNA markers. While these approaches provide results, they can also be flawed due to the inherent limitations. Take the epithelial cells, for example, which are found inside the mouth, in/on skin, and within the vagina. If stains at the crime scene come up with any of these cells, tests based on human RNA and/or DNA methylation markers are only capable of targeting the human cell type  i.e., epithelial cells. “If the human cell types are the same between tissues from different body sites,” explains Kayser, “the human RNA and DNA methylation markers cannot differentiate them, and therefore this data is not conclusive.”

Prof. Dr. Manfred Kayser and Ph.D. researcher Celia Díez López, a forensic research team from the Department of Genetic Identification of Erasmus MC University Medical Center Rotterdam, explain why they rely on specific human microbiomes to decipher what type of samples are found at the scene of a crime.
icon-cta-blockquote2
Once you have identified a person as being the donor of a crime scene stain, is this person really the perpetrator? Because a DNA match does not necessarily mean that this person committed the crime.
Prof. Dr. Manfred Kayser, head of the Department of Genetic Identification, Erasmus MC University Medical Center Rotterdam

A new type of biomarker is targeted to overcome the issue, and Kayser describes this novel solution. “That is why we aren’t targeting the human DNA (or RNA),” says Kayser,”but the DNA of the microorganisms that are living in different parts of the human body, using that DNA to differentiate and classify the body site of origin of a human biological trace. Thus providing crucial data for crime reconstruction.“

“In forensic work, the microbiome may prove to be an interesting addition to existing technologies and could be used to assign human biological samples to human body sites, or even – in the future - to determine the characteristics of a person, such as whether he or she is vegetarian or obese,” says Díez López somewhat akin to a real-life crime scene.  Díez López and Kayser are currently in the process of collecting data points to prove that the microbiome is an invaluable addition to existing forensic technologies in different forensically relevant areas, forensic tissue identification being only one of them. But the science is not bulletproof – yet.

By sequencing the microbial 16S rRNA gene in human biological material, it is possible to assign the microbiome to a particular body site of origin and thus deduce differences like whether blood is more likely of menstrual or nasal origin, or epithelial cells are of nasal, skin or vaginal origin – and therefore determine the nature of a crime and allow linking or not a DNA-identified suspect with the criminal event. This is possible because the microbial community on a specified body site of a given person has more similarities to the community in the same body site of a different person than to the microbial communities in other body sites of the same person, as concluded by the results conducted by the Human Microbiome Project (HMP). However, microbiome testing is not always as straightforward as it may sound and comes with more hurdles than human DNA profiling. 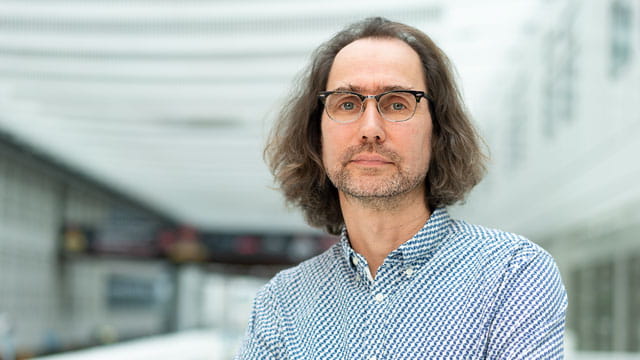 Prof. Dr. Manfred Kayser, Professor of Forensic Molecular Biology, heads the Department of Genetic Identification at the Erasmus MC University Medical Center Rotterdam. He works on using scientific research in genetics and molecular biology to address practical problems that exist in forensics, such as using biomarkers from an unknown suspect’s DNA sample to determine an individual’s appearance or using the microbiome to determine the body site of origin of a human sample.
icon-cta-blockquote2
In forensic work, sequencing parts of the microbiome may prove to be an interesting addition to existing technologies.
Celia Díez López, Erasmus MC University Medical Center Rotterdam

One of the challenges is that the microbiome can change over time. “An individual’s microbiome analyzed today will probably show a slightly different composition of microorganisms compared to one sampled two years ago – this makes it a moving target,” says Díez López. Another question scientists face is how to classify samples since different species of bacteria might be in the saliva of one person, but not the other. Díez López gives the example: “If my sample is at a crime scene and I just have two out of the three bacteria that are targeted by the approach, what would you conclude there: is it not saliva because it’s only reported two of the three bacteria targeted, or is it saliva because it’s reported  two out of the three bacteria targeted?”

Despite these challenges, the microbiome dissimilarity between body sites of origin is what lies at the bottom of the taxonomy-independent deep learning (DL) microbiome approach the team of scientists are currently developing. Díez López and her colleagues overcome these limitations with microbiome basing, which can target or aim to target the entire microbial community present in a single sample. Using the microbiome serves as a huge advantage because every microbial cell from a human biological trace can be used to get a microbiome profile. 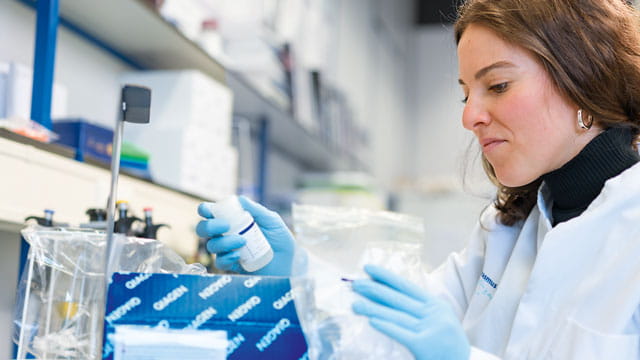 Celia Díez López, Ph.D. researcher from the Department of Genetic Identification at Erasmus MC University Medical Center Rotterdam, is investigating the use of the human microbiome as a novel tool in forensics science – what she hopes will become the “future gold standard of body site of origin classification”. Díez López has been interested in lab work since childhood and aims to continue working in the field of forensics driven by the fact that her research has immediate real-life applications.
icon-cta-blockquote2
We use the DNeasy PowerSoil Kit* from QIAGEN for DNA isolation  – it has straightforward protocols and is very user-friendly. We also use DNA/RNA isolation kits for both nucleic acids.
Celia Díez López, Department of Genetic Identification, Erasmus MC University Medical Center Rotterdam.

Of course, human DNA testing is still used by forensic researchers. Kayser and other colleagues from his department use human DNA in a different way than for standard forensic DNA profiling. The team starts by finding the genes in the human genome that make up key appearance traits such as eye, hair and skin color, for example. After identifying the most informative DNA markers in the identified genes, they developed DNA tests and statistical models to get a probability for specific trait expressions such as blue eye colour. This so called Forensic DNA Phenotyping approach, which was pioneered by Kayser, allows focussed police investigations to help finding suspects that are not already known to the investigative authorities and therefore cannot be identified by standard forensic DNA profiling. “But once you have identified a person as being the donor of a crime scene stain, is this person really the perpetrator? Because a DNA match does not mean the person committed the crime,” says Kayser. “The answer in part is to find out what type of cells, what type of body material, was used to get the DNA profile to identify the person. Was it blood, and if so, from which body site?, was it semen, was it saliva. What was it?,” he says. And this is when testing for specific microbial communities comes into play. “I use the PowerSoil Kit for the DNA isolation and RNA isolation. The procedure is relatively fast in the entire process of nucleic acid isolation, and it’s easy to use,” continues Díez López.

The microbiome of a given human biological trace can be used to classify its body site of origin since the bacteria have adapted to live specifically in that body site. For example, the bacteria in the oral cavity have adapted to that distinct temperature, pH balance, and availability of nutrients. “These communities are so specialized that there is a significant difference between the bacteria that we have in the mouth, that we have on the skin or which can be found in the vaginal secretion. So those big differences are the key for tissue identification, to distinguish between, in this example, three epithelial tissues,” says Díez López. 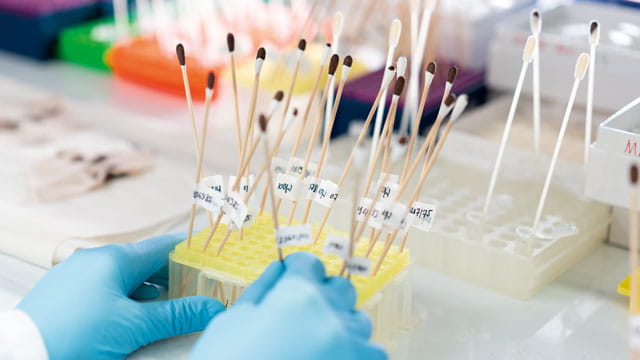 When human biological stains are left at the crime scene, RNA testing can target the human cell type but this does not necessarily allow concluding where in the human body these cell specifically came from. Microbiomes can be sampled from a diverse set of body sites to determine the body site of origin of a crime scene sample and sequencing the human microbiome has the potential to provide a wealth of forensically relevant information.

*This Kit has been upgraded to DNeasy PowerSoil Pro