A typical rapidly growing mammalian cell culture contains 10–30 pg total RNA per cell, whereas a fully differentiated primary cell will contain far less — in the region of <1 pg per cell. The majority of RNA molecules are tRNAs and rRNAs. mRNA accounts for only 1–5% of the total cellular RNA although the actual amount depends on the cell type and physiological state. Approximately 360,000 mRNA molecules are present in a single mammalian cell, made up of approximately 12,000 different transcripts with a typical length of approximately 2 kb. Some mRNAs comprise as much as 3% of the mRNA pool whereas others account for less than 0.01%. These “rare” or “low abundance” messages may have a copy number of only 5–15 molecules per cell. However, these rare species may account for as much as 11,000 different mRNA species, comprising 45% of the mRNA population. All such important RNA numbers are represented in this infographic. 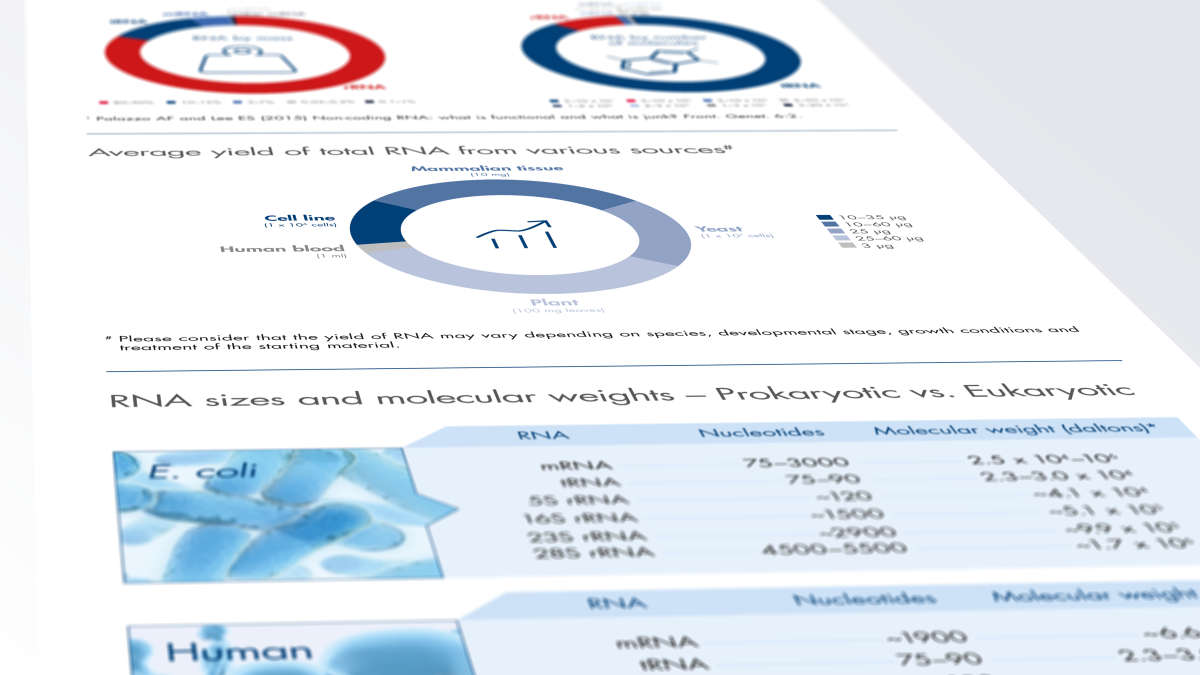 All such important RNA numbers are represented in this infographic.