Habitat destruction, agricultural intensification and the illegal wildlife trade are just some of the threats to the rich biodiversity in the Philippines. Dr. Ian Kendrich Fontanilla uses DNA extraction to guide conservation efforts and turn the tide on mass extinction.

Illegal wildlife trafficking is a rampant problem in the Philippines, causing a loss of biodiversity in the country. Nobody knows how many or how few species are left, what their origins are, or the genetic differences between populations in different places. In 2008, Dr. Ian Kendrich Fontanilla, a professor of the Institute of Biology at the University of the Philippines, began an epic task destined to become his life’s work: to create a genetic inventory of the various flora and fauna in the region.

The genetic samples he works with are often collected by his team, while others originate from the National Department for Environment and Wildlife. Regardless of where the specimens come from, the challenge is often the same: pulling out DNA to sequence from degraded samples. “The samples mostly come from illegally traded, protected wild animals that have been confiscated by authorities. Our job is to prove what species they are and, most importantly, where the species comes from,” Fontanilla says.

The case of the pangolin

In 2013, a Chinese freighter ran aground on a coral reef off the Philippine coast. In the hold, hidden in a secret compartment, authorities discovered thousands of pangolin carcasses – skinned and significantly decomposed. Working with usable DNA samples aids in the conviction of those who trade in illegal wildlife by determining the origins of the species in question. “In this case, using the DNA barcode, we could prove that pangolins on the Chinese freighter came from the island of Java, Indonesia, where their trade is not outlawed, after extracting genetic information from a pangolin skull,” Fontanilla explains.

Gaining these insights is a difficult task for Fontanilla and his team: First, a purely academic project had to be adjusted for practical, forensic application and, secondly, as Fontanilla points out, “We receive a wide variety of samples, like tissue, blood, bone, or even leftovers of a meal found in a kitchen. Often, the material is in poor condition, or we only have tiny amounts of DNA.” When these pangolins were discovered, for example, identification was made by taking a sample from the skull. “With luck, we were able to obtain some brain cells from which we could extract genetic information,” says Fontanilla. 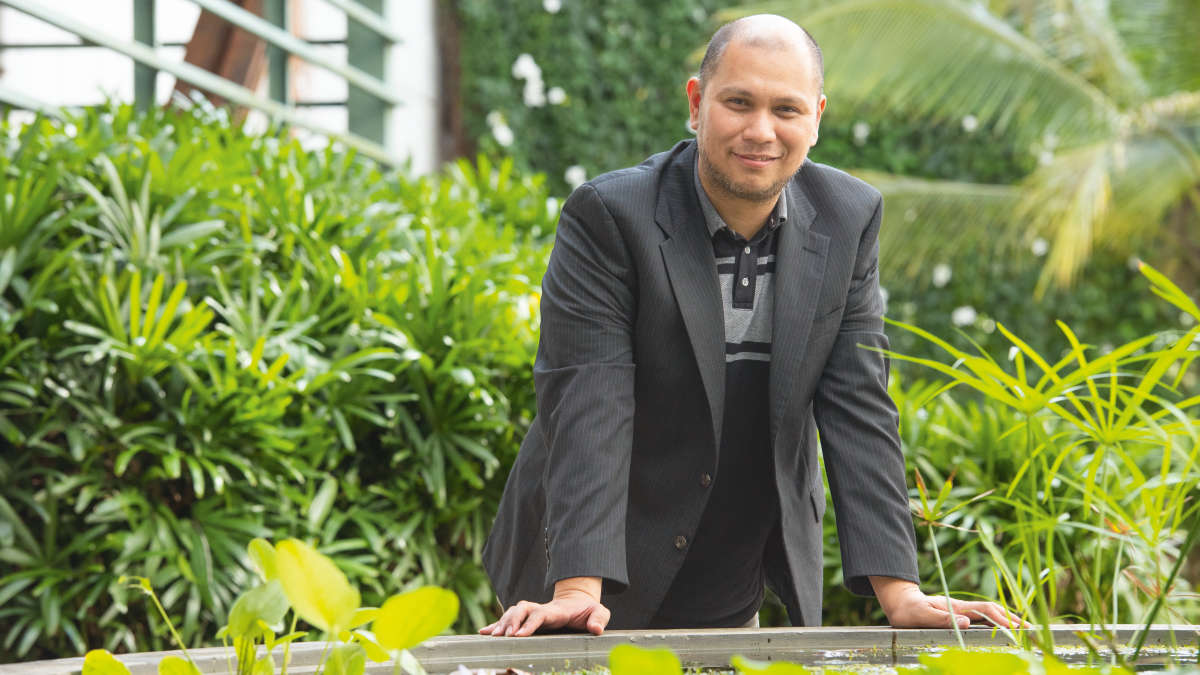 QIAGEN's DNeasy Blood & Tissue Kits are used to prepare such samples, providing a whole range of DNA extraction protocols to use.  According to Fontanilla, “It’s the best product for extracting sufficient, high-quality DNA from a wide variety of degraded samples with very few cells. The kits are able to amplify the segments, regardless of the quality of samples or the number of cycles.”

The DNeasy Blood & Tissue Kit is one of the most versatile in QIAGEN's product line, with optimized protocols and proven quality. “This is another important aspect for us when we have to provide solid evidence if a case goes to court,” says Fontanilla, who has been working with QIAGEN products since 2000. “The major benefit of using QIAGEN’s kits is that we are guaranteed superior quality and, therefore, we almost always end up having a very high yield of DNA, regardless of tissue type”, he says. 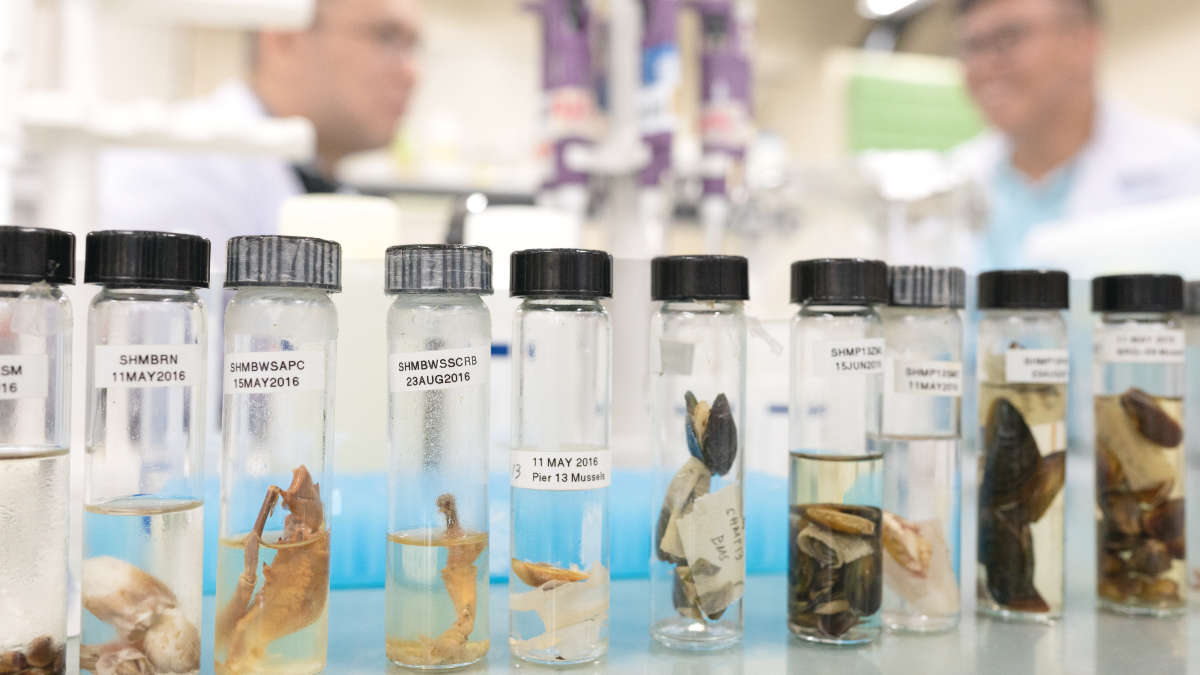 A DNA barcode is a sequence of DNA nucleotides, a fragment of a gene that should be sufficiently variable across species to distinguish one from another. This sequence of nucleotides provides a unique identifier, similar to a fingerprint, to a particular species. Each nucleotide, with its specific nitrogenous base, can be represented as a stripe of a particular color and allows conclusions to be drawn about the identity of the species and its origin. This makes the DNA barcode an efficient tool to quickly identify a species, without the need for time-consuming genome sequencing.
icon-cta-blockquote2
The major benefit of using QIAGEN products is that they are guaranteed to get a high yield of DNA from our DNA extraction regardless of tissue type.
Dr. Ian Kendrich Fontanilla, Head of the Institute of Biology at the University of the Philippines

Precise DNA data is necessary to achieve Fontanilla’s long-term goal of mapping and archiving the entire wildlife in the Philippines. The University of the Philippines participates in the Barcode of Life Data System (BOLD), an international project initiated by the Centre for Biodiversity of Genomics in Canada, to build up a barcode library of all life on Earth. Today, tens of thousands of users in over 100 countries share more than seven million DNA barcodes, all freely available to the research community. The aim is to ultimately build a DNA barcode library of all eukaryotic life on Earth.

Such data would prove enormously helpful to conservation programs. “Illegal wildlife trade, for instance, could drive animals to extinction before we’re even aware of it,” Fontanilla says. “This data would allow researchers to better recognize the genetic variances between populations of a species, which would be important information for settlement programs,” he adds. Another insight to be gained from DNA barcoding is discovering when the number of species in the regional ecosystems is much higher than initially predicted, or when far more invasive species exist than expected.

Even though the DNA barcode project will keep Fontanilla occupied far into his career, he has an additional goal: to begin sequencing the entire genome of all species. For such an ambitious plan, scientists need high-quality specimens, reliable partners, like NGOs, and of course time. Powerful databases filled with information about the species in the Philippines will help future conservational programs and ensure that rare species, like the pangolin, will continue to inhabit forests and not just the archives. 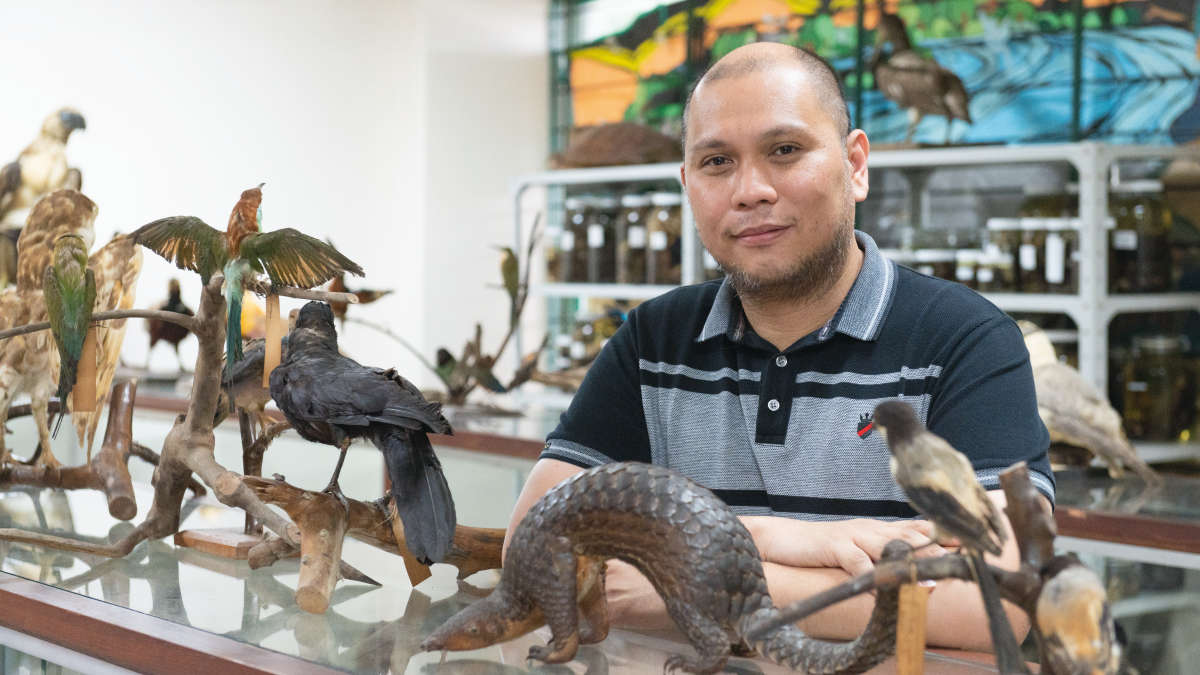 The two databases for sequenced DNA barcodes are BOLD and GenBank. All generated sequences must be submitted to these databases become part of the public domain. As individuals within a species are expected to vary by a certain margin, samples won’t typically match 100% to those in the database, making threshold values very important. There is an acceptable variation level within species for every taxonomic group and for every gene. For instance, the cytochrome c oxidase subunit 1 gene has a threshold value of 3% for many animal species. If a result yields a difference of less than the threshold value, it means the query sequence and its closest match in the database belong to the same species. If not, it could mean that it is a novel species, or a known one whose sequence has not yet been reported in the database.
Are you using the optimized extraction method for your sample type?
Discover how to quickly and reliably extract high quality and quantities of total DNA from any tissue sample.
FIND OUT MORE