Meet the creators of Gut Check, the popular microbiome board game A gut instinct for gaming – how David Coil made microbes fun for all

At this very moment, a fierce competition is playing out in the dark recesses of your intestines. Invisibly, of course. But if you open up the board game Gut Check, all will be revealed. Laid out before you is a collection of beneficial microbes, opportunistic microbes and pathogens, intermingling and cancelling each other’s effects. The result: a dramatic battle to improve or harm your health. 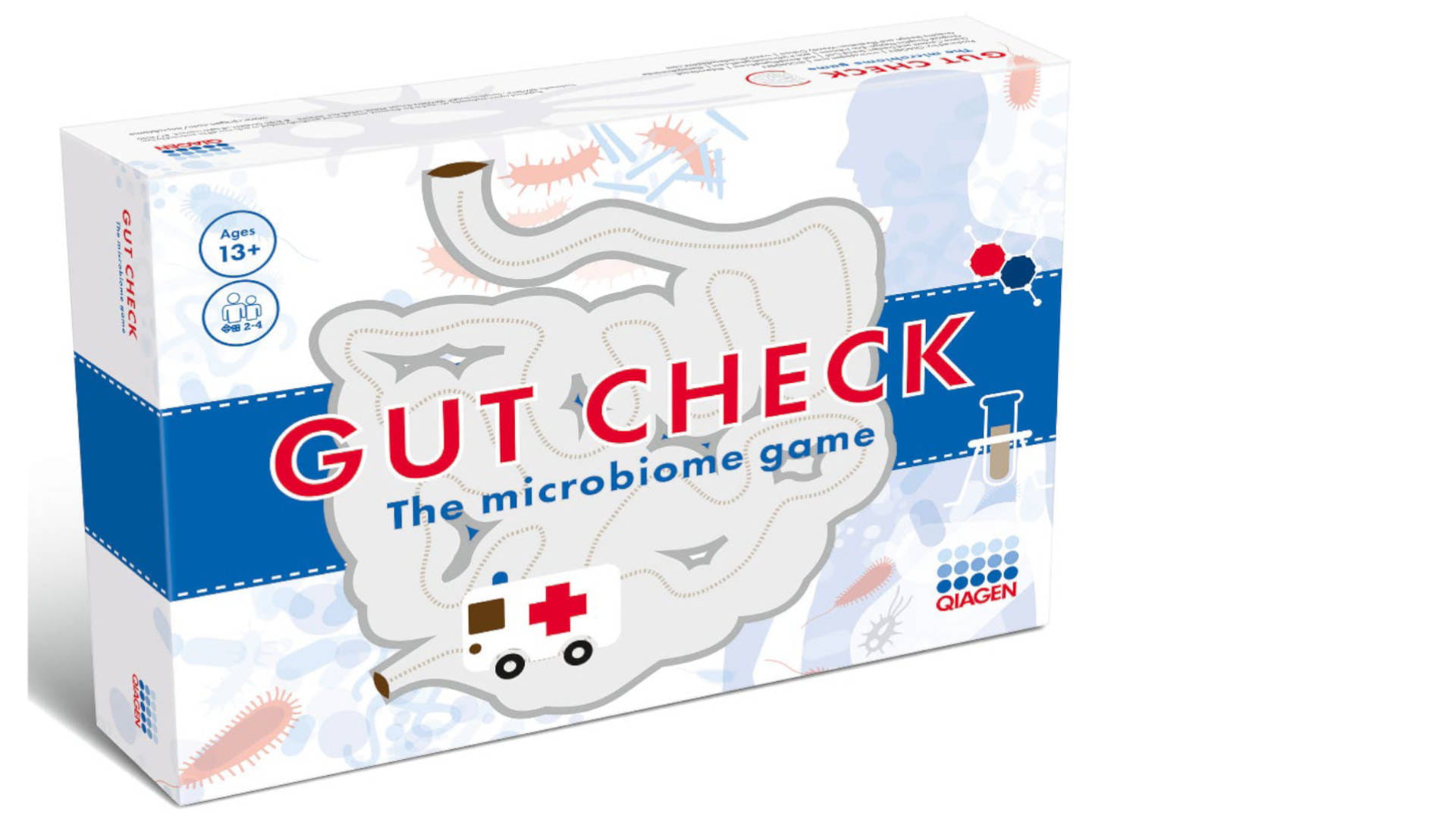 Gut Check was created by David Coil, a self-professed 'board game nerd' and a microbiologist in the lab of Jonathan Eisen at UC Davis in California. Several years ago, Eisen’s lab was awarded an Alfred P. Sloan Foundation grant focused on science communication and engagement. In a lab meeting at the time, they found themselves discussing the shortcomings of teaching materials about microbe communities. That’s when Eisen gave Coil the go-ahead to create a game.

“We didn’t want a bunch of random microbes, with interesting facts about those microbes,” says Coil. “The structure of a game is what gets people engaged with a topic.” This led to a game in which players regularly compare their gut health, gaining points for microbes such as Lactobacillus acidophilus and losing points for pathogens. The goal: maximizing health and avoiding death (otherwise known as ‘zero health’)!

When Coil set out to create Gut Check, first and foremost, he wanted to make a good game. “I've seen a lot of educational games,” he explains. “But because I'm a board game nerd, I was usually disappointed in the game part of it. I've seen games that are beautiful, that have lots of good information, but they're not actually fun.” Yet the task of constructing a game of challenge and strategy was more intensive than Coil had anticipated.

“We went through this long process of play-testing and development,” he recalls. Early on, he would often gather a few of his labmates to play Gut Check. If they discovered an awkward play or a card combination that didn’t make sense, Coil would rework that part of the game. “That's what it takes to work out the kinks,” he says. “You have to find all permutations and possibilities, and the only way to do that is by playing over and over and over again.” For weeks on end, Coil played Gut Check daily, during lunch hour, with various members of the Eisen lab, and later on with his regular Friday night board-gaming group. 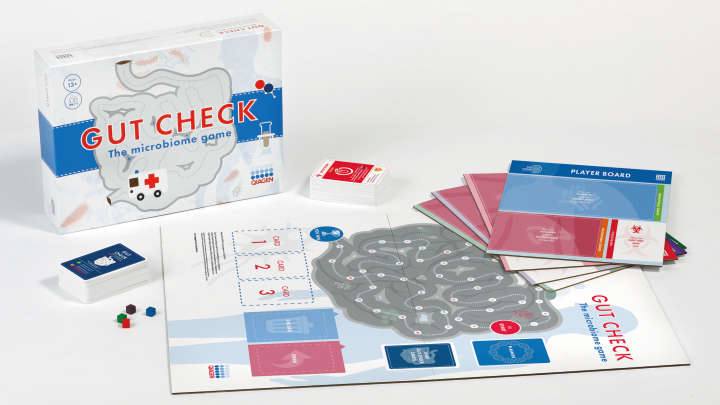 Beyond the game aspect, one of the primary purposes for creating Gut Check was to increase people’s understanding of gut microbiology.

“The biology informed what I could do with the game,” he says. “In my play-testing for example, I had a meat-digesting bacteria. I did a bunch of research, and I couldn't find any bacteria that we know that helps us digest meat, so I had to change it to something else.”

Years later, the game has remained relevant in a fast-moving scientific field. “I wanted to convey core concepts about microbiology and the microbiome that would be important to understand,” says Coil. As an example: not all microbes fall into the category of ‘good’ or ‘bad’. Thus, the game’s ‘opportunistic’ microbes can either be used to benefit the health of a player or harm the health of an opponent.

In 2015 when Coil finished creating the game, he looked for a partner to print and distribute it. This led to the first print run in 2016 of Gut Check with partner MO BIO Laboratories (a QIAGEN company). He and Eisen handed out copies and played the game with colleagues during their free time at different conferences. Eisen even toted it to an exclusive scientific event at Google called Sci Foo. The game had an enthusiastic reception.

Coil was surprised, however, to find that the audience who seemed especially keen on the game was different from the one he’d had in mind when designing it. “I was envisioning board gamers as the target demographic, who would then learn something about the human microbiome,” he says. “But it's been hugely popular with college microbiology professors and high school teachers.” In other words, Gut Check has been used primarily as a teaching tool – albeit one with fun and strategy embedded. That’s not to say that board game enthusiasts were uninterested. Eisen says Gut Check was embraced by those who were already in the habit of playing board games with friends or family. Many liked the idea of learning about microbes throughout the hour-long play time.

Although the recommended age for the game (as stated on the box) is 13+, Coil has played it with his six-year-old daughter. “In my experience, kids actually dig it,” he says. “They think it's fun to give themselves a fecal transplant and give a nasty bacterial infection to their parents.”

Gut Check was first released publicly under an open access CC-BY license. Eisen says, “Our grant, and my career, have been focused heavily on openness in science, so we posted the game as a downloadable object on our microBEnet website.” Some groups – for example, high school classes – have printed out the game for their own use, and Coil and Eisen say this will always remain an option. The published version, on the other hand, is ideal for those who don’t relish feeding cardstock into the printer and cutting out dozens of game cards.

Throughout 2021, we’ll be running various competitions and event raffles with a printed copy of Gut Check as the prize. To find out how to take part, sign up for microbiome updates at www.qiagen.com/curious.

Coil and Eisen – whose supplies of the previously published game had dwindled down to a few copies – hope the new print run will make the game more widely accessible, putting it in the hands of scientists and non-scientists alike.

David Coil is a Project Scientist in the lab of Jonathan Eisen at the University of California, Davis. He received his Ph.D. in Molecular and Cellular Biology from the University of Washington, Seattle, in 2005. His graduate work on retroviruses was followed by a postdoc at the Katholieke Universiteit Leuven, in Belgium, studying Legionella bacteria. Since 2011 he has worked in the Jonathan Eisen Lab studying microbial ecology and bacterial genomics, particularly the microbiome of various hosts, and of environmental and natural systems. These have included hummingbirds, cats, dogs, seagrass, humans, walnut, wastewater, tomato, sand and the built environment.

In addition to research, David has a passion for education and public outreach projects, including sending bacteria to the International Space Station and creating "Gut Check: The Microbiome Game." 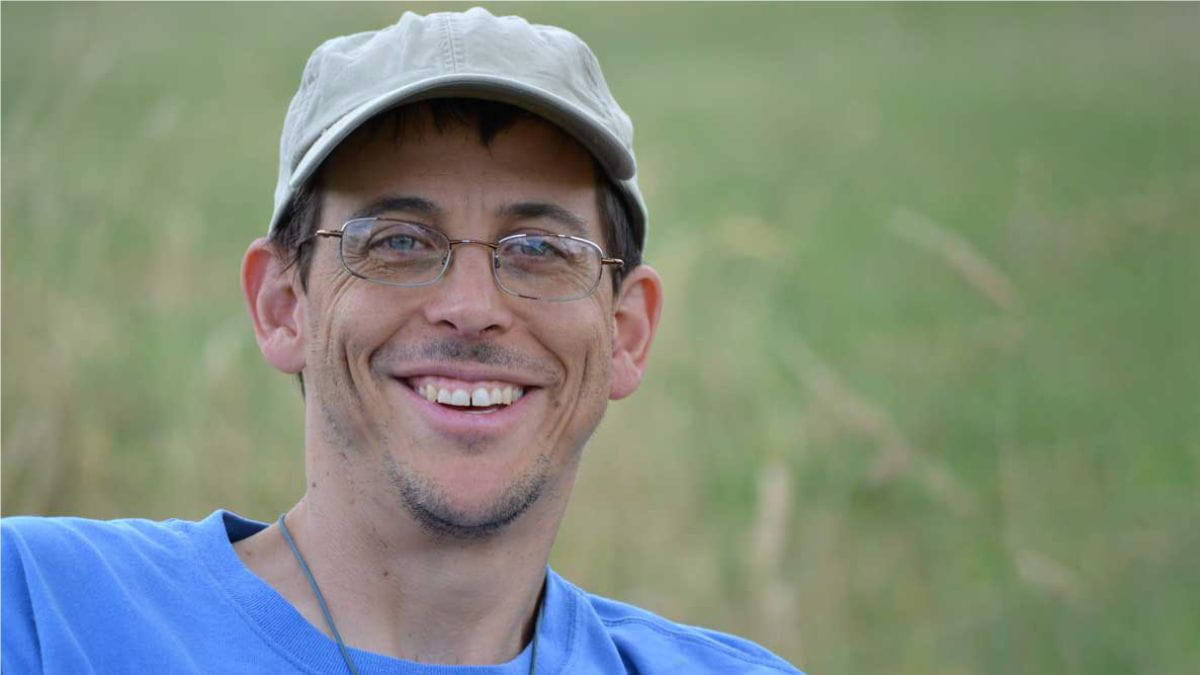 Jonathan Eisen is a well-known evolutionary biologist and Professor at the University of California, Davis, with appointments in the Genome Center, the Dept. of Evolution and Ecology, and the Dept. of Medical Microbiology and Immunology. His research focuses on communities of microbes and their co-evolution with their hosts. He uses high-throughput DNA sequencing methods to characterize microbes and computational methods for analysis. He’s an author on more than 300 papers on this topic.

Jonathan is heavily involved in science communication, open science activities, and blogging. See, for example, his Tree of Life Blog, Twitter feed, the micoroBEnet, and collaboration on "Innovating Communication in Scholarship." His work is routinely seen and discussed in the scientific and popular press, including his TED talk and New York Times articles. 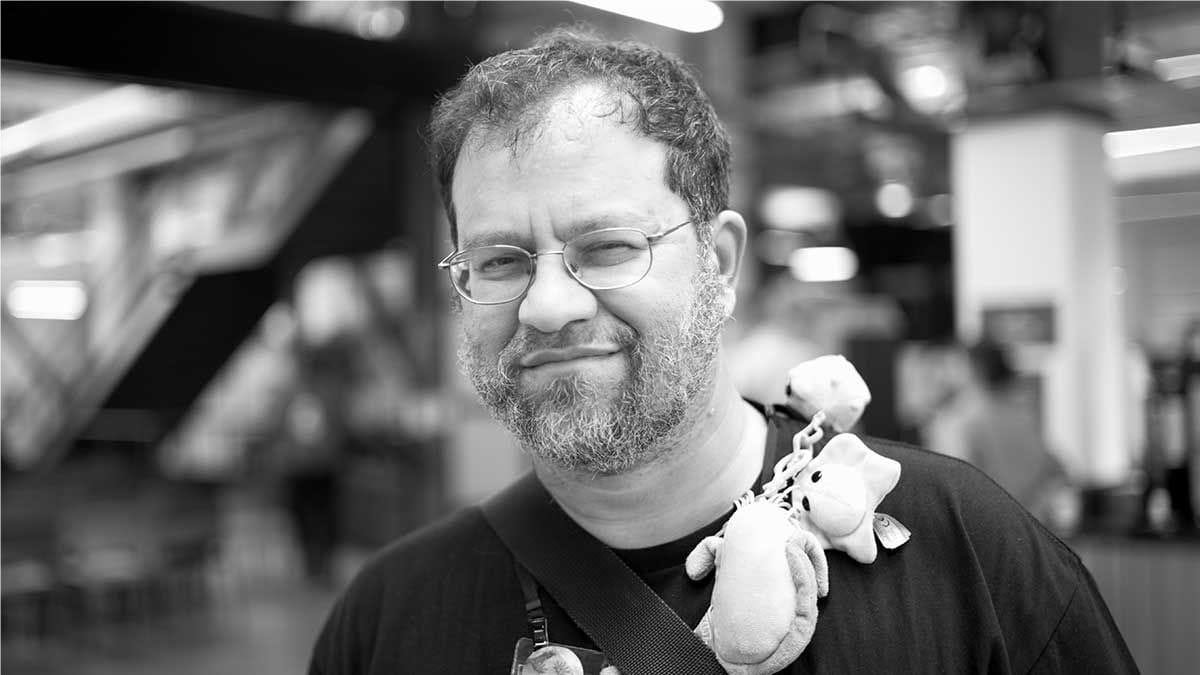