It’s 5:30 in the morning on a platform in Langenfeld, North-Rhine Westphalia, and Nasim is waiting for the train that will take him to Hilden. This is now part of the routine of the 33-year-old Syrian who was forced to leave his hometown, Maharda, in November 2015. Since then, he has been living separated from his family in a nearby home for refugees. Nasim, who has a degree in biochemistry, has been doing an internship in the department for molecular diagnostic products at QIAGEN since November 2016. The aim of this program is to prepare him both on a professional and cultural level in order to help him integrate into the regulated labor market – and thus also integrate into German society in the long term.

Nasim is only one out of 15 refugees who are part of a special internship program in the district of Mettmann near Düsseldorf. They are selected, trained and placed by the Integration Fund Hilden (IFH). The initiative was established in late 2015, when the refugee debate had reached its first peak. The successful integration of the large number of people seeking protection in Germany has become an increasingly pressing question since then. For Jürgen Schmidt, Chairman of the Rotary Club Hilden-Haan Foundation (RSHH) and initiator of the IFH, the answer was clear: “Prospects of integration are not created by offices and administrations far away in Berlin, but by companies on site. They offer people a real opportunity to lead an independent life in the long run as members of our society by providing them with jobs.” The IFH aspires to create the necessary framework and remove any obstacles that often stand in the way of such offers. “Refugees need to be prepared on a cultural and professional level. Language skills in particular are a key issue,” said Oliver Dick, Vice President Global Manufacturing at QIAGEN in Hilden, who has been a dedicated ally of the program since its early stage. “We want to help as a company, but candidates also need to be a good fit, of course.”

icon-cta-blockquote2
We want to help but also challenge them. Our message is: We are handing you an opportunity but you also have to prove yourself.
Oliver Dick, Vice President Global Manufacturing, QIAGEN
For this reason, the fund began a multi-stage selection process to identify suitable candidates among over 900 recognized refugees in the district of Mettmann. After completing a language course and internship, the participants receive a fixed-term contract and work for the company for twelve months in total. Once they have completed their project successfully, they may be offered the prospect of permanent employment.

To be eligible for a work placement, candidates need to have successfully completed a custom-developed training course. Criteria include professional ambition and the willingness to learn and stay in Germany. “We want the very best,” said Schmidt. “In the end, this is aimed at preparing candidates to compete with any other job seeker after a one-year period.”

In addition, Martina Würker, Managing Director of jobcenter ME-aktiv, the regional employment agency in Mettmann, which is also involved in this initiative, agrees: “We are convinced that only the inclusion of qualified refugees in the labor market ensures long-term success, eases the burden on public coffers, gives people dignity and allows them to lead an independent life again.”

“The requirements placed on candidates, especially in the context of language training in the past, were and are correspondingly high,” explained Mandy Rödig, who is in charge of language and cultural training at the WIPA language school as an educational partner. Oliver Dick also added: “We want to help but also challenge them. Our message is: We are handing you an opportunity but you also have to prove yourself.”

One of the individuals who have seized this opportunity is Mhamud, a 24-year-old from Eritrea. In 2015, he embarked on an odyssey lasting several months, traveling through Sudan and Libya before crossing the Mediterranean by boat on his way to Europe. Mhamud, who has a degree in agricultural engineering, is now working in the area of labeling in QIAGEN’s production department.

Fadi, who is 33 and from Syria as well, has done a fantastic job in learning the ropes of his new role, according to his superior Frank Dörner. It’s impossible to tell the difference between him and other employees. “On the contrary, our refugees are particularly hard-working and disciplined people,” said Dörner. Fadi, a former policeman, has been working in the company’s packaging department since the beginning of November and enjoys it here. “I like my job.” Nasim has also settled into his new environment in the department for molecular diagnostic products. “He has integrated extremely well,” said Nicole Richter, Senior Team Leader at QIAGEN. “He is well received by our team.”

After a year with the IFH, Jürgen Schmidt has also come to a positive conclusion so far: “Our holistic approach to support this process from the targeted selection of candidates to their placement has proved successful. We now hope that other companies will join us to provide real opportunities to work and remain in this country for as many refugees as possible.”

It remains to be seen what will happen after this one-year period. For Mahmud, the internship is the first step towards his goal. He wants to study again in Germany and work as a food engineer one day. Fadi could see himself working for a security service, but only in Germany. “I will never go back to Syria. I want to work here.” Nasim has big plans too: “Perhaps I will study biochemistry again. I’ve always dreamed of helping others and curing illnesses.” His dream could quickly come true at the diagnostics company QIAGEN. That is why he will be taking the train to work again the next day. 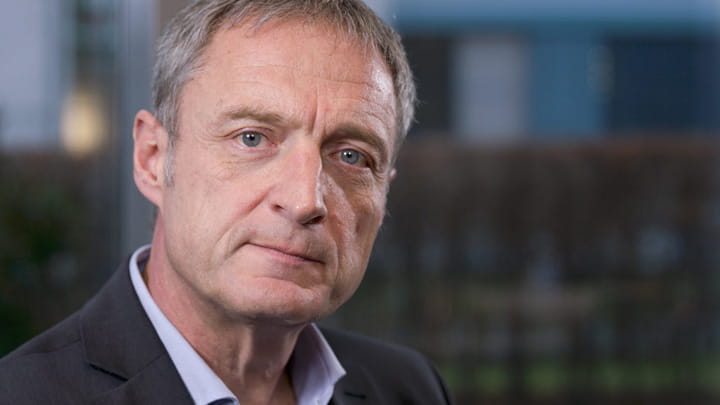