In microbiome research, you need to analyze samples from various origins that are highly diverse and often full of contaminants. This means that getting reliable results you can trust can be challenging. To get the most insights into your microbiome sample or to detect specific microbial targets in your sample we developed a comprehensive workflow. From sample disruption and nucleic acids preparation to sequence analysis by NGS or quantification by digital PCR; explore the below sections to find a suitable solution for each step of the microbiome workflow.

When taking a stool sample, the nucleic acids and microbes inside react to any variation in oxygen or water content as well as the temperature. This, plus an extensive storage time before nucleic acid extraction, can lead to the rise and fall of certain species and change the microbial composition.

Hence, to get the most accurate insights into your sample, stabilising its microbes and their nucleic acids is a crucial step. Our DNA/RNA protection solutions keep your samples intact and preserve the microbial integrity.

Microbial samples often contain complex mixtures of microbes, their sturdy cell walls and metabolic products as well as other biotic and abiotic molecules. All these components can be various extracellular polymers and thus highly diverse. Such complexity and robustness renders the lysis of microbial samples rather challenging.

To ensure efficient disruption, mechanical homogenization is crucial and avoids introducing bias into the analysis workflow

How do you lyse difficult samples in a 96-well plate? How should you remove excess beads and seal the plates to avoid leakage and cross contamination? Watch the video to find out.

PowerBead Pro plates are part of QIAGEN’s new Pro kit technology. With an improved bead-beating process for the TissueLyser II, they provide a high-throughput and efficient way to lyse bacteria and fungi. For isolation of microbial genomic DNA from all soil and stool types, they’re included in the DNeasy 96 PowerSoil Pro Kit.

Samples from different sources come with unique challenges related to their distinctive physical, chemical and microbial compositions as well as substances. This is why, our sample preparation kits for human biomedical research are optimized for specific sample types, such as gut, stool, swabs and more.

Additionally, the patented Inhibitor Removal Technology® (IRT) removes inhibitors during the purification process. This results in high yields of pure nucleic acids ready to use even in demanding downstream applications.

Samples from the environment often contain complex mixtures of inorganic and organic material such as plant material, insects, animal faeces or microbes. This makes environmental microbial samples exceptionally difficult to lyse and work with.

To get reliable insights, our sample preparation kits for environmental and agricultural research are optimized for specific sample types, such as soil, biofilm, (waste)water, plants and more.

Additionally, the patented Inhibitor Removal Technology® (IRT) removes inhibitors during the purification process. This results in high yields of pure nucleic acids ready to use even in demanding downstream applications.

Sample preparation is a significant factor for the success of your microbial workflow and its reproducibility. When different users extract nucleic acids from samples, chances of errors from multiple manual interventions increase. This can lead to variation in nucleic acid quality like degradation, concentration or the presence of contaminants and impact your results. Hence, automating the extraction of nucleic acids is one way to ensure reproducibility. Learn more about QIAGEN’s automated solutions for standardized and reliable sample preparation.

Whole genome and targeted sequence analysis with next generation sequencing 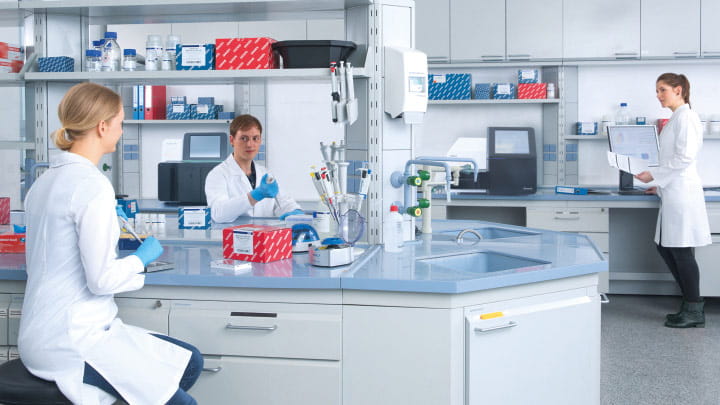 With next generation sequencing (NGS) methods, we can simultaneously analyse thousands of species within a microbial community. Due to that, NGS has completely revolutionised how we study the human and environmental microbiome.

Reagent and primer selection play large parts in the generation of designated NGS libraries to minimize bias and maximize read depth. Our diverse kits align with various amplification and sequencing needs to achieve even coverages and high read qualities.

NGS for microbiome and microbial detection and characterization – highlights

The presence of microbial targets at low levels in challenging samples have impeded their specific detection and monitoring. That's where digital PCR comes in handy:
Not only does i ts high precision and sensitivity allow to identify a wide range of microbial targets, including bacterial, fungal, parasitic, viral, antibiotic resistance and virulence factor genes from diverse samples. But also, dPCR enables the absolute quantification of targets without the need of standard curves. 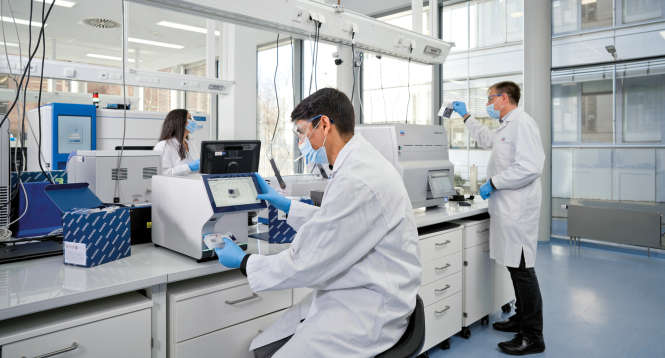 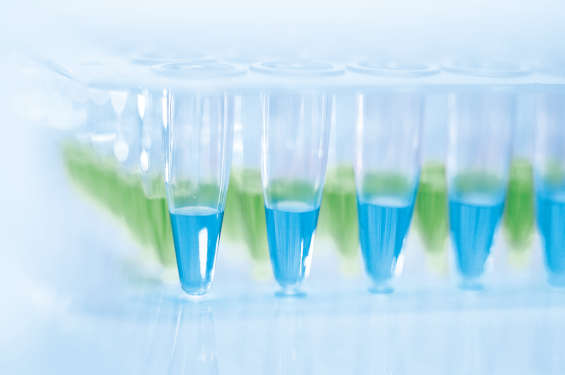 Only well-structured and clear data help you understand what is going on and allow you to take action. However, the
volume and complexity of the data can be quite overwhelming.

This is why, QIAGEN CLC Genomics Workbench Premium is an easy and intuitive bioinformatics platform. It offers various tools and customizable workflows to make that leap from big data to characterizing your microbe of interest.