"Like a smoldering ember that can catch fire again"

Japan’s rate of tuberculosis puts it in the middle range of countries around the world, rather than at the expected bottom. According to the WHO, the nation lags behind other industrial economies like the U.S., which has a TB rate one-sixth that of Japan. TB rates in Japan increased after World War II and with its aging population. Most of the new cases of active TB are attributed to disease transformation from latent tuberculosis infection (LTBI). That hidden form of TB infection is asymptomatic and not contagious, but it can reactivate months to decades later into its active contagious form.

Experts say the key to accelerating the TB rate decline and preventing outbreaks is treating LTBI among the most vulnerable to developing the active disease, namely children under age 5 and the elderly. The WHO says LTBI treatment can reduce the risk of developing the active form by 60 % to 90 %.

Accurate and economical medical tests are crucial when determining who needs treatment for LTBI. The century-old tuberculin skin test (TST) is still being used to detect latent TB infections. But the technology has several shortcomings, frequently producing false negative results among the elderly and false positive results among individuals with BCG vaccinations, which are still given to over 90 % of the children worldwide.

That’s why leading experts increasingly endorse the use of interferon gamma (IFN-g) release assays (IGRA) to aid detection of a TB infection. IGRA s work by using highly specific antigens of M. tuberculosis that don’t cause false reactions from BCG vaccination or common environmental mycobacteria. With over 30 million tests sold to date, QIAGEN’s QuantiFERON-TB test is the leading IGRA worldwide.

QuantiFERON-TB Gold Plus (QFT-Plus) marks the fourth generation of the most accurate test for detecting TB infection, offering the ability to capture a much broader picture of an individual’s immune response to TB infection. Following its CE-marking in Europe and regulatory submission in the U.S. in 2015 and 2016, respectively, QIAGEN intends to submit QFT-Plus for regulatory approval in Japan in 2017.

To better understand TB and the potential role that QFT-Plus can play in disease management, we talked to Dr. Kiyoyasu Fukushima, M.D., Deputy Chief of the Japan Red Cross Nagasaki Genbaku Isahaya Hospital and respiratory section head. His hospital has the largest number of TB beds in the prefecture, and five respiratory doctors, with 10 to 15 active TB patients at any given time.

A nationally recognized TB expert, Dr. Fukushima conducts research on QFT-Plus and has extensively evaluated previous generations of the assay.

Why is TB so high in Japan?

Dr. Fukushima: After WWII, there were many patients who had TB and cleared the disease on their own. But 70 years later, their immune systems are weakened, and so there have been TB relapses.

While declining – though still high, what is Japan’s TB outlook?

Dr. Fukushima: The slope is becoming less and less steep. For active TB, I would liken that to a burning fire that you have to douse with water. But latent TB is like a smoldering ember that can catch fire again. Japan’s way of dealing with TB is to find those embers and snuff them out. It is possible to become a low TB country by 2030 as long as we properly continue on the current path. 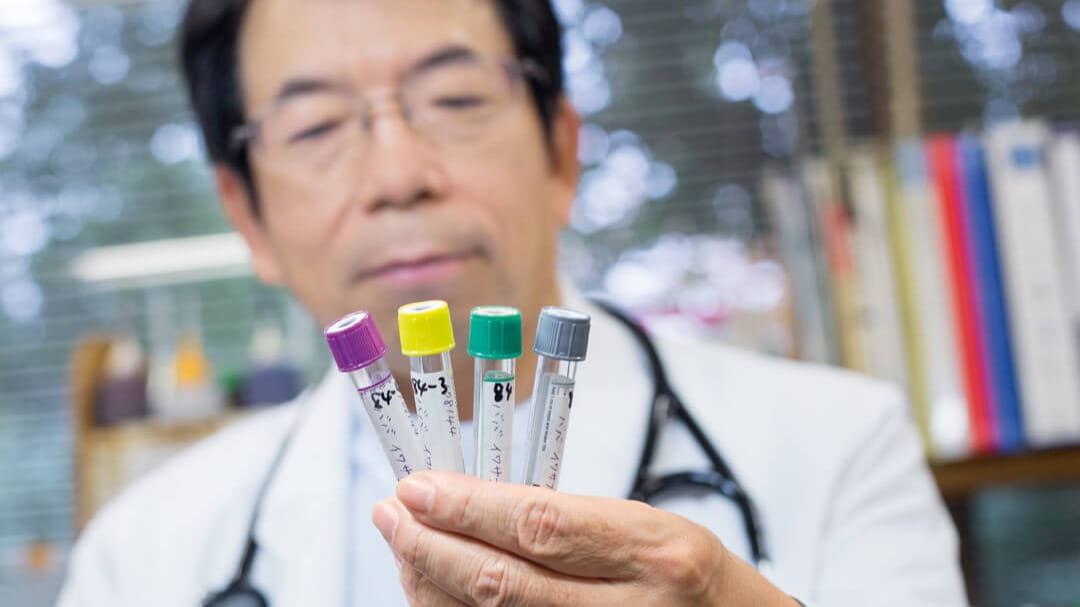 icon-cta-blockquote2
From my point of view, we should employ IGRA and low-dose computerized tomography scans to detect both latent TB infections in high-risk populations and patients with early, active TB.
Dr. Kiyoyasu Fukushima, Deputy Chief of the Japan Red Cross, Nagasaki Genbaku Hospital

What’s the best way to deal with TB?

Dr. Fukushima: Early detection and early treatment. From my point of view, we should employ IGRA and low-dose computerized tomography scans to detect both latent TB infections in high-risk populations and patients with early, active TB. For developing countries with limited healthcare resources, I would recommend a combination of x-rays and IGRA. Treatment is the same worldwide. If done properly – meaning not stopping treatment mid-way – we can cure ninety-some percent of the cases.

What’s the advantage of IGRA versus TST in latent TB testing?

Dr. Fukushima: Several factors favor IGRAs. The biggest is that IGRAs aren’t affected by BCG vaccination, which leads to false positive results with the tuberculin skin test. IGRAs also have a higher specificity and sensitivity, allowing to find 90 % of the true positives. They’re also highly objective, so they’re not affected by the person analyzing the results, and patients only have to come in once. For TST, in contrast, you are supposed to have specialized training to accurately assess them. Even I haven’t had that.

For example, at my hospital, I tested 36 TB patients with the second generation of QuantiFERON ten years ago. That had 86 % sensitivity and tuberculin's was 86 % too. But for healthy people, 78 staff at my hospital, QFT produced only 9 % positive test results in contrast to 94 % false positives with TST. That means the specificity for tuberculin was only 6 %, and 91 % for QFT.

What’s the main difference between QFT-Plus and the former test generations in your view?

Dr. Fukushima: The biggest difference between QFT-Plus and former generations is the incorporation of CD8+ T-cell response data in addition to the measurement of CD4 T-cell response. This allows the test to measure a broader range of immune response.

What are the technology’s potential benefits?

Dr. Fukushima: When we test someone positive for LTBI, at this point nobody knows whether we are facing a recent or older infection. Early research suggests that, thanks to the CD8+ data, going forward it might be possible to differentiate this. Meanwhile, we might be able to identify individuals who have a higher risk to progress to active TB.

Another point is that the CD8+ technology promises to deliver higher sensitivity and specificity in patients at greatest risk for TB infection, particularly individuals co-infected with HIV and elderly patients with lower levels of CD4, i.e. a weaker immune system. About 30 % to 40 % of elderly patients have non-functioning immune systems and will thus likely test negative for LTBI even if infected. And the older a patient gets, the lower the CD4 level, which makes it more difficult to detect TB infection regardless of the method used.

Is this also reflected in your research results?

Dr. Fukushima: If a person is 80 years or younger, I found the test results generated with QFT and QFT-Plus to be comparable. They had a sensitivity of 91 % and 94 %, respectively. But for those 80 years or older, QFT-Plus seems to provide better performance. Here, QFT-Plus shows a sensitivity of 83 % compared to 74 % for the third-generation – and I think the difference would be more pronounced in a larger patient sample with several thousand over 80.

What’s the difference between QFT-Plus and other IGRAs?

Dr. Fukushima: It’s obvious. I’ve found both QFT and QFT-Plus to be significantly more sensitive both in the overall patient population and in individuals over 80.