Many patients coming to Germany from abroad have a distrust towards doctors and are often limited by a language barrier. Knowing this, Dr. Christian Herzmann, an expert in respiratory disease, is exploring uniquely creative ways to connect with a community susceptible to tuberculosis (TB) - a killer disease that continues to blight the world's poorest regions.

With a smile and a swift flick of the hand, Dr. Christian Herzmann conjures up a business card out of thin air. Magic is a passion for the senior physician and renowned tuberculosis expert at the Leibnitz Research Center in Borstel. "It was sorcery that inspired one of our innovations here," says Herzmann, who is a member of the 'Magischer Zirkel' (Magic Circle), the German magicians' association. "The Magic Circle once published some posters with QR codes that stored videos of individual magic tricks. I immediately thought, we need something like that too!" Today, posters on tuberculosis (TB) with QR codes hang in the clinic, and patients can use the 'Explain TB' app – developed by Herzmann's team – to find information on the disease in 38 languages.

The clinic is treating around a dozen patients, some of whom suffer from drug-resistant tuberculosis. The treatment of these multidrug-resistant infections is a particular focus for the Borstel team, as the high-cost therapy takes months and comes with complicating side effects. "But we don't just treat the disease here," Herzmann is keen to stress. "Tuberculosis is a social issue. Each of our patients has a burden to bear, and we have to act with great empathy. Some of our foreign patients don't have residency status, don't have access to doctors, they’re poor, and desperately looking for work or even family members. These people inevitably have priorities that supersede a disease that may not strike for a few years." They also often don’t speak German, which can be another reason to hesitate seeing a doctor.
How can a doctor reach out to foreign patients who don't speak the language, have distrust of doctors and have priorities that supersede a latent disease they may not even be aware of? The tuberculosis pathogen is a companion of poverty, cramped living conditions, and poor hygiene facilities. And Dr. Christian Herzmann is on a mission to find new ways to connect with patients – two-third of which are migrants or refugees in Germany.
icon-cta-blockquote2
We have a low incidence of TB in Germany itself, but more in the surrounding countries, and the patients who come to Germany may then get sick with TB here.
Dr. Christian Herzmann, Senior Physician and Lung Specialist, Leibnitz Research Center

An estimated two-thirds of the patients currently being treated for TB in Germany are migrants or refugees. The tuberculosis pathogen is a companion of poverty, cramped living conditions, and poor hygiene facilities. Studies show that bacteria migrate along refugee routes, mutating and forming new strains. "In Germany, however, tuberculosis is hardly seen anymore," says Herzmann. "It's a rich country, and except for some elderly people who might have been infected in the misery of the post-war period, or among the homeless, tuberculosis is really no longer an issue [for the local population]."

This low awareness has been exacerbated by the coronavirus pandemic, despite the fact that TB is still one of the world’s most deadly infectious diseases. "But it mainly just affects the poorer countries," he says. "COVID-19, on the other hand, affects rich industrialized countries too." It's telling, he continues, that several new coronavirus vaccines have been developed in barely a year, while elsewhere people have been waiting decades for a treatment or vaccination against tuberculosis, despite a number of promising active substances. Tuberculosis, he suspects, will still be a killer disease when the coronaviruses have long since been subdued by immunization. A similar situation occurred with HIV, a disease no longer making headlines in the Western world. 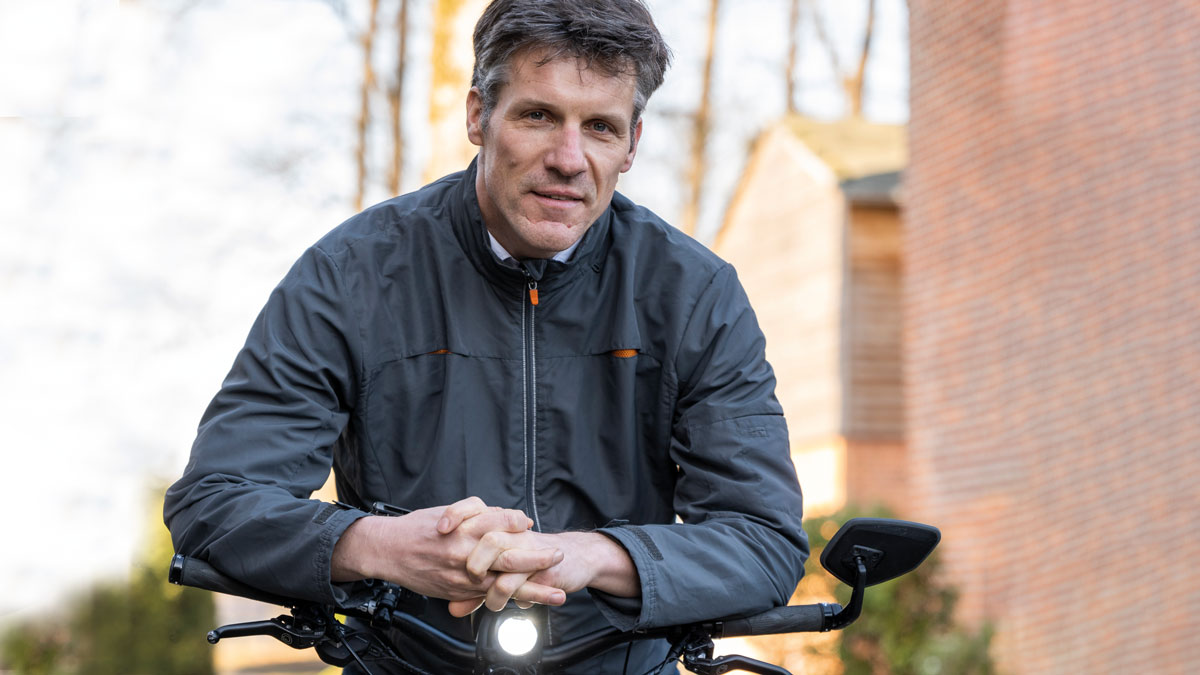 Dr. Christian Herzmann is a senior physician at the Leibniz Research Center in Borstel, just outside Hamburg in northern Germany. After working at large hospitals in London and Berlin, the father of four has found that a smaller clinic is more conducive to strong teamwork and innovation. When he isn’t developing new apps for patients or researching TB biomarkers, he plays saxophone in the clinic’s band.
icon-cta-blockquote2

The major challenges with TB in Western countries are above all the social circumstances in which these patients find themselves.

Germany as a TB barrier

Just because tuberculosis is rare in Germany, however, does not make it irrelevant there. After all, Herzmann points out, "it is a very widespread problem right on our doorstep, especially in Eastern Europe and Russia." He describes the problem of drug-resistant TB in these countries as "dramatic", and the reason why - on top of the routes taken by refugees from Africa and the Middle East - the number of cases in Germany is small, but not zero. "And we would do well to keep the pool of pathogens as small as possible," he warns, "so as not to fuel the development of further resistance."

Countries like Germany with such a well-developed health care system, Herzmann believes, must act as a dam against the rising numbers of TB infections further afield. One possible strategy could be mandatory IGRA blood tests such as QuantiFERON-TB-Gold Plus for incoming migrants from countries with high case rates, with a focus on detecting latent TB infection before it progresses to active disease. However, he suggests that "screenings based on origin are currently not politically feasible." 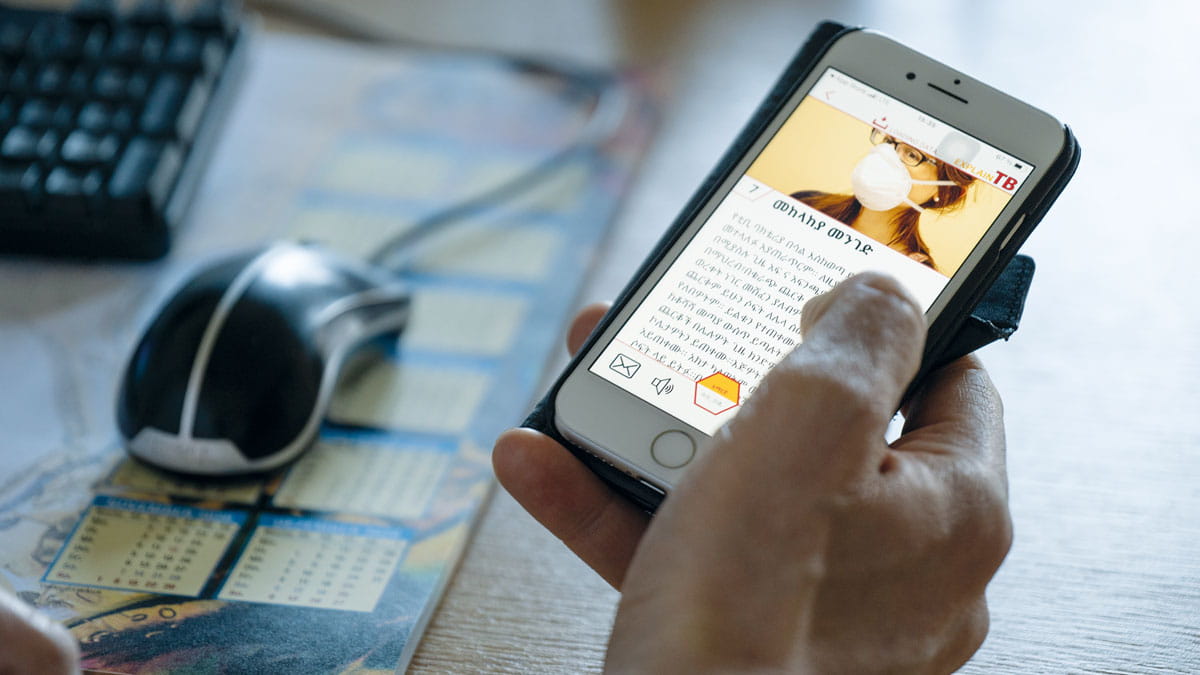 Dr. Christian Herzmann's Borstel research team has developed a new app to help communicate TB treatments to patients (who may have issues with the German language or fear of doctors) in a non-intimidating way, featuring animals to help TB patients through their treatment, guiding users on medication and lifestyle to minimize the risk of infection.
icon-cta-blockquote2
Each of our patients has a burden to bear. We have to act with great empathy there.
Dr. Christian Herzmann, Senior Physician and Lung Specialist, Leibnitz Research Center

Herzmann’s research work is focused on developing biomarkers to reliably prove the success of a tuberculosis therapy. "Up until now," he explains, "a therapy concept would take many months and was the same for all patients, but we don't even know exactly when a treatment is actually completed and can be terminated. In all likelihood, many patients are cured some time before the end of therapy." Herzmann and his team are looking for a biomarker in the blood to indicate when the expensive treatment, that comes with severe side-effects in some patients, can be stopped. Their research has already found a signature of various metabolites and inflammation levels that could be this long-sought biomarker.

The clinical therapy begins by reliably detecting TB infection. In addition to X-rays, the Borstel physicians use a PCR test of an organ sample. If the results are unclear, blood and fluid samples are taken directly from the lungs to test the organ's immune response. Another idea the clinic pursued caused quite a stir: detecting a TB infection with chewing gum. "The pathogens are found in the throat, after all," Herzmann says, "and our approach was that you could catch some of them in the chewing gum when you chew it, and then detect them in the gum." A study funded by the VW Foundation was promising, but so far it has been too complicated to develop a chewing gum mass from which you can easily extract DNA.

Ideas abound in the clinic, and they will continue to educate on the importance of TB testing, but it is still a challenge that even a wizard cannot eliminate with a wave of the hand. 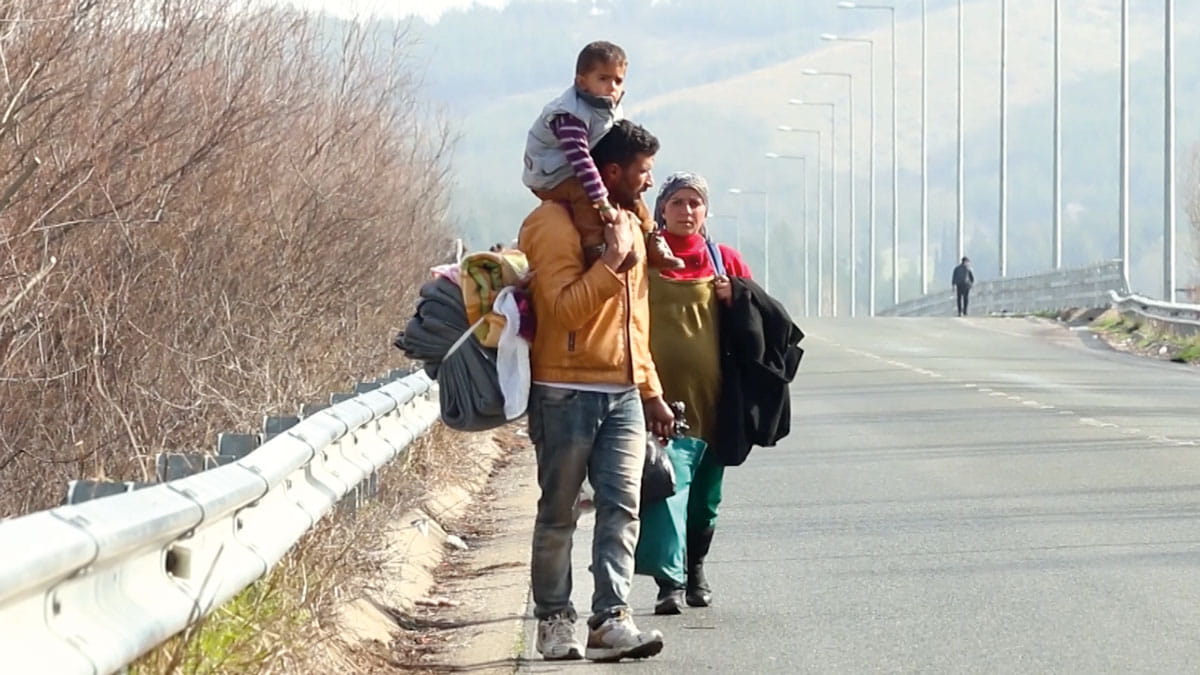 Around two-thirds of patients in Germany being treated for tuberculosis are migrants or refugees, and some of them are carrying TB strains that are drug-resistant. Drug resistant TB requires longer and more difficult courses of treatment to eliminate the infection. Early detection of the infection with IGRAs like QFT-Plus can help reduce the course of treatment by enabling earlier intervention. Herzmann warns that wealthy countries like Germany with very low TB rates must not be complacent about the disease, and testing is key when it comes to stifling the flow of the illness.
Together we can defeat TB
Discover TB risk groups, latest insights on TB detection and latent TB infection testing solutions.
Learn more
Product claims may differ from country to country based on regulations and approvals. Contact your country representative for further details.