The warning bellow “Fire in the hole!” from the county fire marshall is heard seconds before a pipe bomb detonates in a shipping container at a fire training facility in Conroe, Texas. Dr. Sheree Hughes and her students, dressed head to toe in bright white and yellow personal protective equipment (PPE), grab brooms and brown evidence bags, readying themselves to start collecting minuscule traces of DNA on the tiniest bomb slivers.

Getting enough information from touch DNA on samples such as weapons, explosives and degraded remains is incredibly challenging. Forensic scientists, like Dr. Sheree Hughes, are improving ways to get more genetic information from less sample to ultimately make communities safer and bring closure to families using QIAGEN DNA quantification kits.

After the pipe bomb explodes with its tell-tale boom – and they get the all clear – the forensics research team enters the shipping container, first picking up larger fragments of the bomb, then using specialized brooms, with bristles covered with protective paper, to gather up the scraps and shreds that remain into the waiting evidence bags. They will then test different DNA collection techniques to see which gives them the most material to work with for identification purposes.

“When someone touches an improvised explosive device, they only leave trace amounts of DNA to begin with. The heat from the explosion then further degrades that DNA.”

“These are tough types of samples to collect for evidence and identification,” says Hughes, in a textured Aussie accent, lingering a bit on vowels. “When someone touches an improvised explosive device they only leave trace amounts of DNA to begin with. The heat from the explosion then further degrades that DNA.” Sheree Hughes, Ph.D.
is the head of the Forensic Biology Human Identification (HID) Laboratory at Australia’s University of Queensland. Located in St. Lucia, Australia, this University Laboratory focuses on coming up with innovative ways to identify individuals using next-generation sequencing techniques. Hughes completed a Ph.D. at Bond University on the Gold Coast in Australia, investigating forensic DNA typing methods for highly degraded samples such as those recovered from mass disasters, shipwrecks and ancient remains in conjunction with DNA repair techniques and phenotypic SNP analysis. She joined the Department of Forensic Science at Sam Houston State University as Assistance Professor in 2012 before returning to the University of Queensland.

“QIAGEN products are unique to the field. They give us what we need to collect more DNA information from less and less of a sample and that gives us even more opportunity to identify persons of interest in crimes, as well as missing persons or casualties.”

That’s why, the day before, the team spent a few hours at the shooting range, picking up spent bullet casings (as well as swabbing the slides, triggers, and grips of guns) that were shot by local law enforcement volunteers – and will later head to Sam Houston State University’s Applied Anatomical Research Center (AARC) facility, one of the nation’s few so-called “body farms,” to take collection swabs from a willed donor cadaver. Hughes’s research is guided by one overarching goal: to obtain as much genetic information as possible from small, degraded samples. She is trying to improve retrieval of trace DNA from bomb fragments and firearms, as we as obtain information from minuscule amounts of tissue from decomposing and skeletal human remains.

How much DNA is required to identify a person?
Theoretically, scientists can identify a person from a single cell. But given the limitations of current technology, you need at least 100 pg DNA or 15 diploid cells to generate a full DNA profile to have 100 percent confidence in the results. However, with good-quality DNA, Sheree Hughes can sometimes obtain a full profile with less than 100 pg DNA, relying on robust data interpretation methods and statistics. 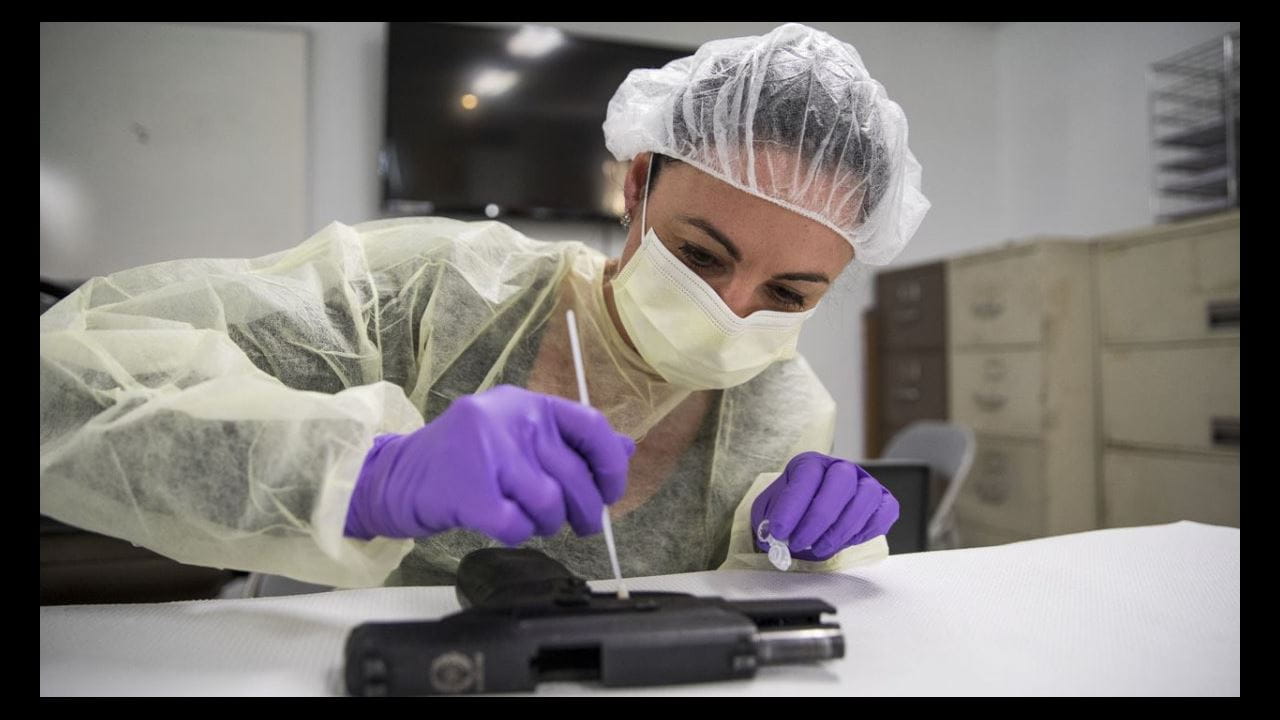 Behavior information out of 15 cells

“If we can find out what methods of collection and preservation work best, giving us the most information and different ways of looking at genetic markers, we hope to provide more definitive identification, whether it’s a person of interest in a terrorist attack or the victim of a crime or a missing person case,” Hughes says. 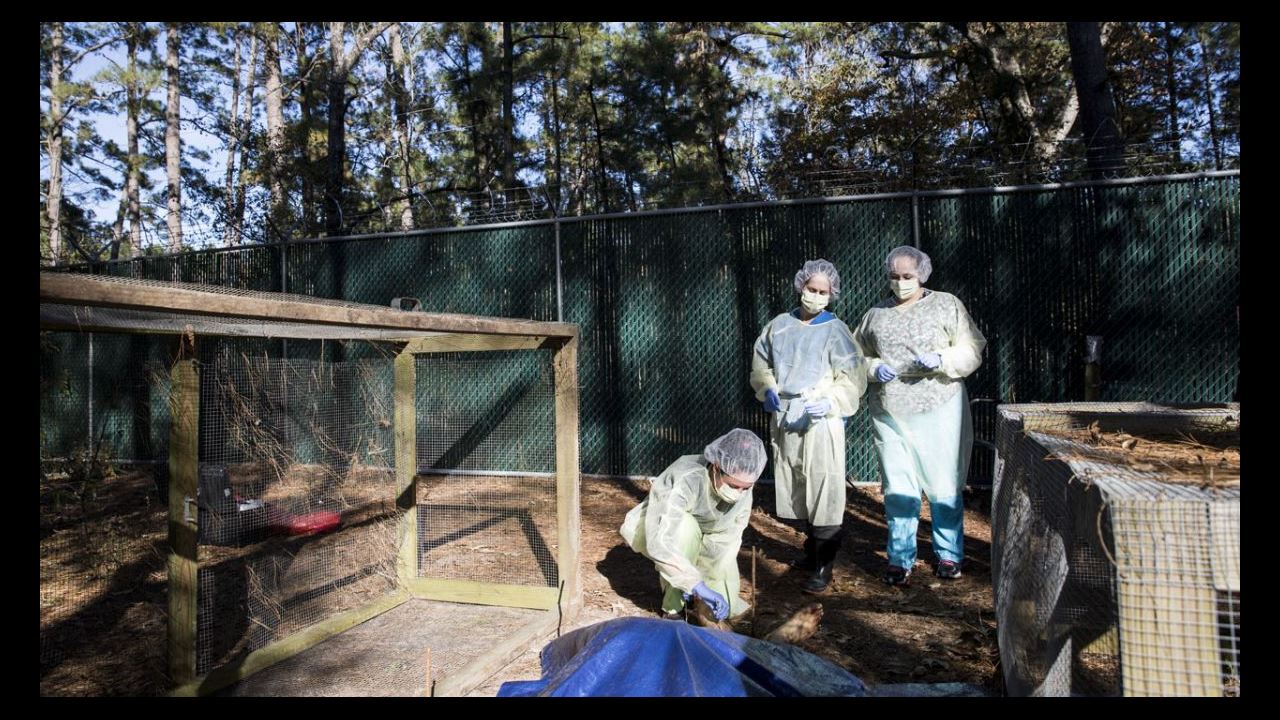 Sam Houston State University
located in Huntsville, Texas, is the first university in the United States to develop a multi-disciplinary doctoral program in forensic science. It is the home of the Applied Anatomical Research Center (AARC), one of a few “body farms,” or research facilities, where scientists can study decomposition in a variety of settings.

Out of just 15 diploid cells, forensic scientists today can extract information such as whose DNA it is and the ancestry/biographical origin. Expanded and refined panels allow identification with increasingly more geographical discrimination and phenotypic information like eye, hair, skin color, face shape, height or biological age. Even newer is the ability to search for behavioral information, like whether someone is a smoker or exhibits antisocial behavior. In the case of molecular autopsies, scientists can glean medical information to assist in determining the cause of death.

Sheree Hughes credits QIAGEN with helping her team develop new and improved workflows. “QIAGEN pretty much has a solution for everything,” she says, as one of her students loads the QIAcube with samples from the past two days’ events to prep them for further analysis. “One of their strengths is being able to provide a solution in each area of the workflow and since they take such a modular approach to those solutions, it is easy to switch them in and out, so you can figure out what works best with particular applications.”

How does DNA degrade?
DNA can be damaged in a multitude of ways, including by UV irradiation, humidity, chemical damage, microbial digestion leading to physical or enzymatic breaks in the DNA, and much more. Problems can range from cross-linkages, or damage to or removal of bases, to single- or double-stranded breaks in the DNA double helix. The end result of cumulative amounts of DNA damage is DNA degradation—the breaking of DNA’s long strands into smaller and smaller pieces. 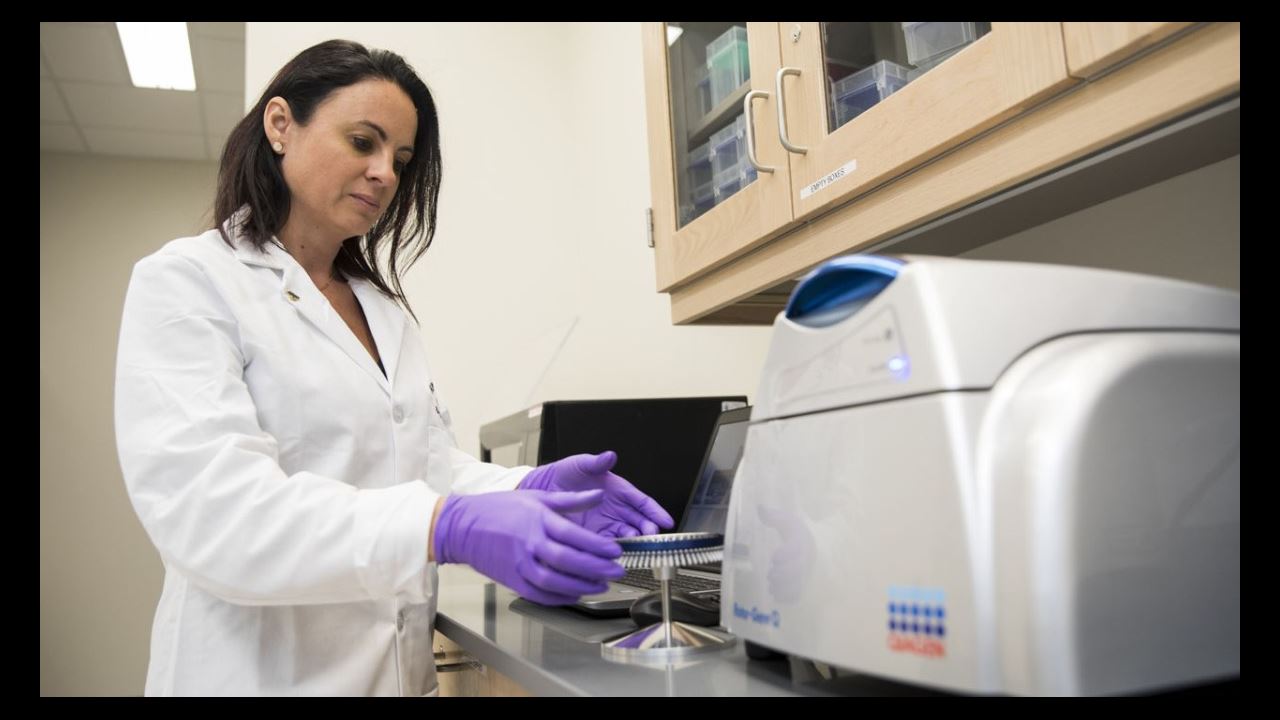 The flexible workflow that QIAGEN provides, as well as their reliable, robust chemistry, she explains, is what gives her and her team the freedom to investigate different collection and extraction techniques, particularly when it comes to DNA extraction. “We want to capture and collect as much DNA as possible from a sample from the start,” she says. “With QIAGEN’s depth of scientific knowledge and experience, it’s really their cornerstone, we can better recover and extract DNA from our samples.”

“One of QIAGEN’s strengths is being able to provide a solution in each area of the workflow—and since they take such a modular approach to those solutions, it is easy to switch them in and out, so you can figure out what works best with particular applications.”

She points out QIAGEN’s short tandem repeat (STR) kits, as well as DNA quantification kits and massively parallel sequencing (MPS) panels for missing persons, as tools that support her team in their research. “QIAGEN products are unique to the field,” Hughes says. “They give us what we need to collect more DNA information from less and less of a sample and that gives us even more opportunity to identify persons of interest in crimes, as well as missing persons or casualties.” 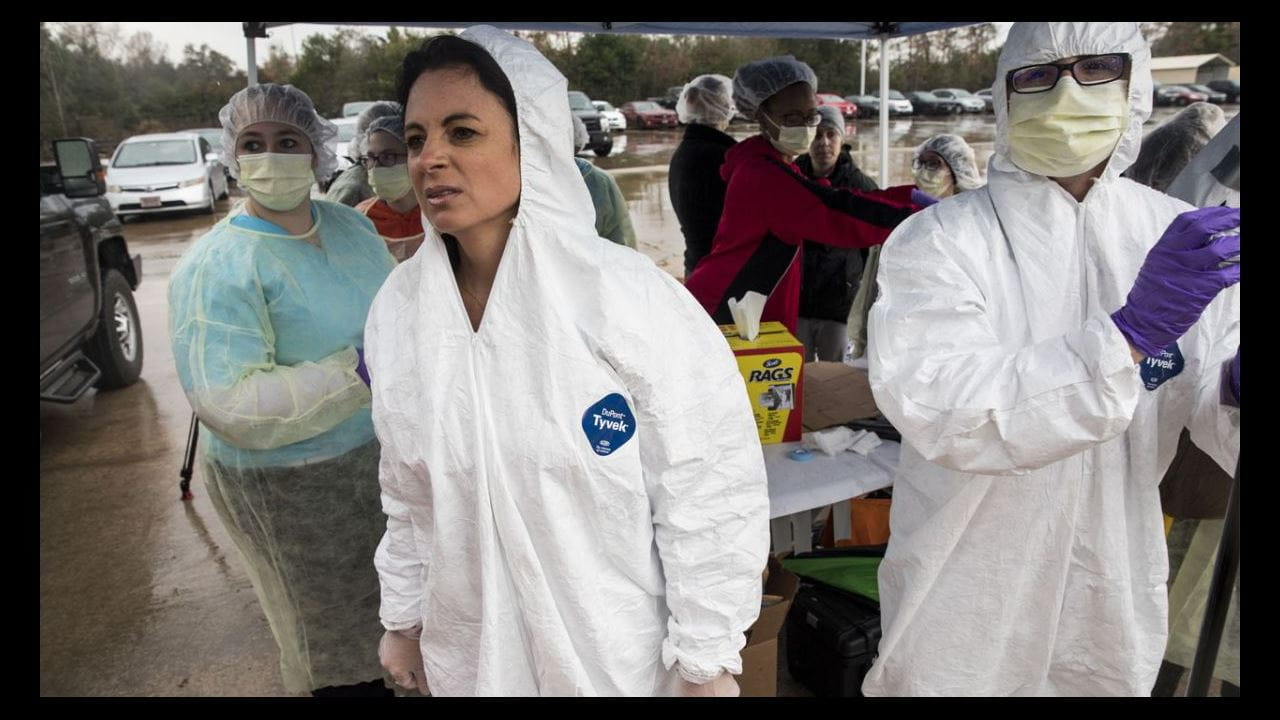 STR Technology
QIAGEN’s latest Investigator STR kits contain a novel Quality Sensor (QS) for internal performance control. It provides useful information on PCR amplification efficiency to help to select for the most appropriate reworking strategy. In addition, these STR kits include the Fast Reaction Mix 2.0. Based on proven QIAGEN multiplex PCR technology, it has been optimized to increase speed, and provides the highest success rates, even for the most challenging of samples.
Find out more about QIAGEN DNA Investigator Kits
CLICK HERE 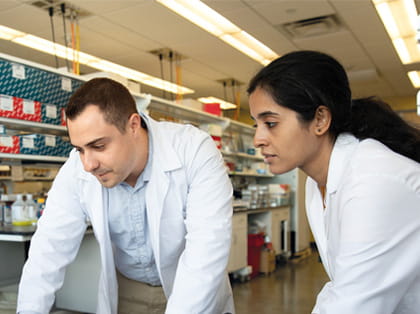 Attacking cancer from all angles 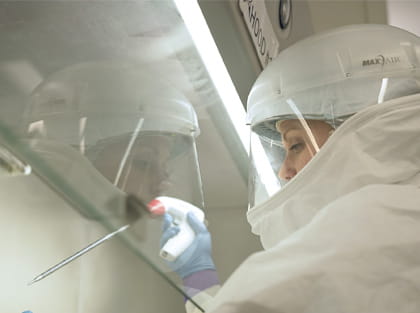