TB MANAGEMENT
Fighting the unknown
How a mystery ailment rattled a teacher and hundreds of students in Vermont.

In the waning summer days of 2014, elementary school teacher Laura Hall felt drained by a cough that wouldn’t go away. It was related to acid reflux, she was told, and should be treated with antibiotics. But despite taking the prescribed medications, her symptoms worsened.

Eventually, Laura's mystery ailment would lead to three months of quarantine and to a contact investigation of more than 500 individuals. QuantiFERON-TB Gold Plus, a state-of-the-art blood test, could have detected the teacher’s infection before she became sick and put others around her at risk.

Laura Hall lives in the small town of Shelburne, Vermont, close to the Canadian border. When she suspected she was coming down with the flu, she sought medical advice, but was given the same diagnosis from the various doctors she consulted. “I had the chills at night, my energy level was going down, and I kept losing weight,” recalls Hall. “I became more and more worried, because nobody could really help me.” During the Christmas holidays, she went to the emergency room where the attending physician finally solved the mystery.

Hall was diagnosed with active tuberculosis, or TB, a contagious disease that had eluded all her previous medical caregivers. “It was absolutely shocking,” says the Spanish teacher. “I kept asking, ‘Are you sure?’ I just couldn’t believe it, because I had not been near anybody with TB.”

"It was absolutely shocking. I kept asking, ‘Are you sure?’ I just couldn’t believe it because I had not been near anybody with TB."

Millions of latent infections around the world

What Hall didn’t know was that, like hundreds of millions of people around the world, she had carried a latent TB infection (LTBI) – and had probably lived with it for years before it became an active infection. Once her latent TB progressed to active infection and her cough arose, she unknowingly exposed hundreds of students, teachers, friends and family members to the airborne pathogen. “What worried me most was that I had worked at my school right up to the holidays,” Hall says about her harrowing experience.

Laura Hall (44)
was one of 9,563 TB cases reported in 2015 in the U.S. The Peruvian native works as a Spanish teacher in Vermont, USA. Hall had been vaccinated against TB as a child and was later tested with the commonly used 100-year-old tuberculin skin test called TST. However, this test never flagged her latent TB infection. 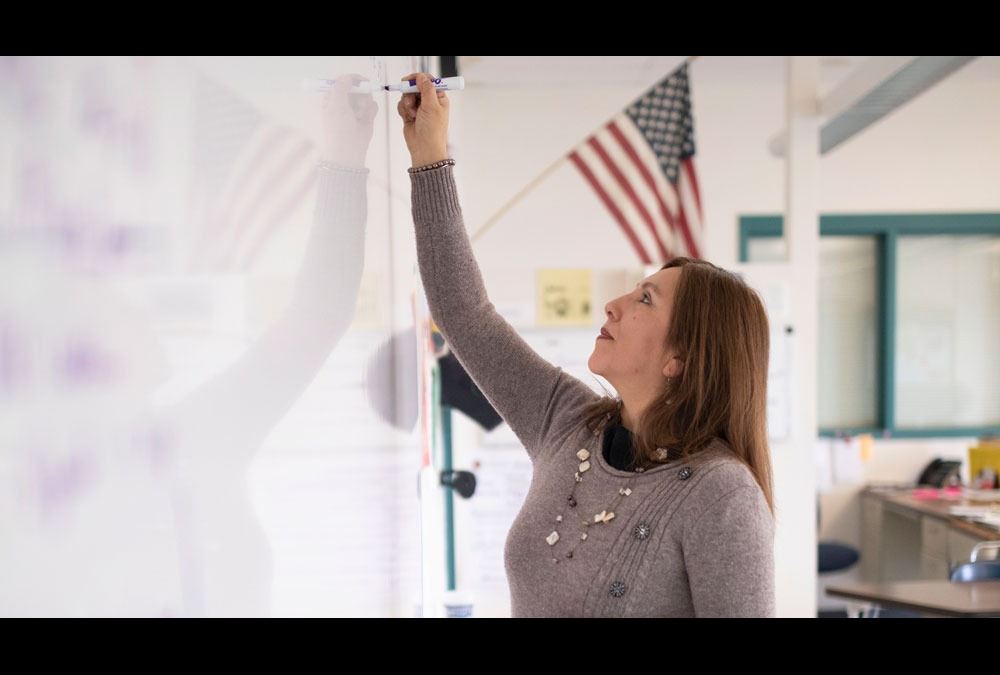 Her case is regrettably far from unique. Tuberculosis remains one of the biggest infectious-disease killers worldwide, resulting in 1.6 million deaths every year. In other words, the contagious lung ailment claims a life every minute. Approximately one-quarter of the world, including an estimated 13 million people in the US, are infected with LTBI, which exhibits no symptoms and can progress to the highly contagious TB disease, particularly in those who are immunocompromised.

Though only 10 percent of individuals infected with LTBI will go on to develop active TB, prevention is essential. Given the silent symptoms of LTBI, people like Laura Hall often aren’t diagnosed until the disease has progressed to the active stage.

TB is a global disease
Tuberculosis isn’t just a disease that harms people in developing countries, even if 95 % of all cases appear in those regions. In the Western world, London is the TB capital – with numbers comparable to countries like Rwanda or Guatemala. One-third of London’s boroughs exceed the WHO “high incidence” threshold of 40 cases per 100,000 people, as a 2015 report from the London Assembly shows.

The response by Vermont public health officials was swift. They kept Hall hospitalized for four days before quarantining her at home for three months. Public health authorities stepped in to alleviate the community’s concerns as Hall’s story made the headlines. Eventually, the Vermont Department of Health screened around 500 individuals potentially exposed for TB. Twenty-one of those tested for LTBI using QuantiFERON®-TB Gold, tested positive. Using this type of blood test for TB is more accurate than the skin tests health officials have relied on for decades.

Laura Hall was born in Peru, and like many children who are born outside of the US, Hall had been vaccinated for TB with the bacillus Calmette–Guérin (BCG) vaccine as a child and was regularly tested throughout her career with the commonly used 100-year-old tuberculin skin test. However, the skin test never flagged her latent infection. It’s a problem that health officials around the world have begun to recognize. In early 2018, the World Health Organization (WHO) issued new guidelines on latent TB screenings, and the US Centers for Disease Control and Prevention (CDC) has mandated the use of blood-based TB tests for immigration screenings.

Fighting TB in its early latent stage is crucial to prevent its spread, and effective latent TB screening is the most powerful tool available. By implementing the new CDC screening guidelines, experiences like those faced by Hall faced could be avoided. That opinion is shared by Dr. Michael Lauzardo, a pulmonary disease specialist with the University of Florida Health system. “With the increased precision of this blood test, you take the whole issue of vaccination out of the equation.”

Studies have shown that mandating a blood test for immigration screenings is an “exceptionally effective strategy,” says Lauzardo. The skin test, in contrast, has its limitations, “particularly when used on patients who come from countries with historically high rates of TB infection.” Since testing the skin for an antibody response is less precise than a blood test, it returns twice as many false positives for latent infections. “This can lead to people being put unnecessarily on medications, which consume public health resources and can cause side effects." The high rate of false positive skin test results in people vaccinated for BCG can also provide a false sense of security. Lauzardo explains that people from high-risk geographies tend to shrug off the skin test, expecting a positive result because they were vaccinated. “As a result, they don’t seek treatment.”

QuantiFERON technology has been the subject of over 1500 clinical and scientific studies. It is optimized with innovative tuberculosis-specific antigens that elicit both CD8+ and CD4+ T-cell responses, and unlike the TB skin test, QFT®-Plus is unaffected by the BCG vaccine, and provides highly accurate and cost-effective testing in a single patient visit.

“Studies have shown that mandating a blood test for immigration screenings is an exceptionally effective strategy.”

Hall, for her part, sees the world of infectious diseases through new eyes. “Anybody can get TB, so when that cough won’t go away, think about getting tested,” she recommends. She was well enough after three months to return to her job, but she admits it took her a lot longer to shake off the mental burden. “I felt ashamed and worried for my students,” she recalls. “I am so grateful that they all made me feel welcome again after my ordeal.

Dr. Michael Lauzardo
is chief of the Division of Infectious Diseases and Global Medicine at the University of Florida (UF) in the Emerging Pathogens Institute, director of the Southeastern National Tuberculosis Center and director of the Florida Department of Health Tuberculosis Physician Network. As an innovator in TB research, he participates in CDC epidemiological studies to optimize the use of diagnostic testing in latent TB and oversees TB research at the UF’s Haiti lab in Gressier. 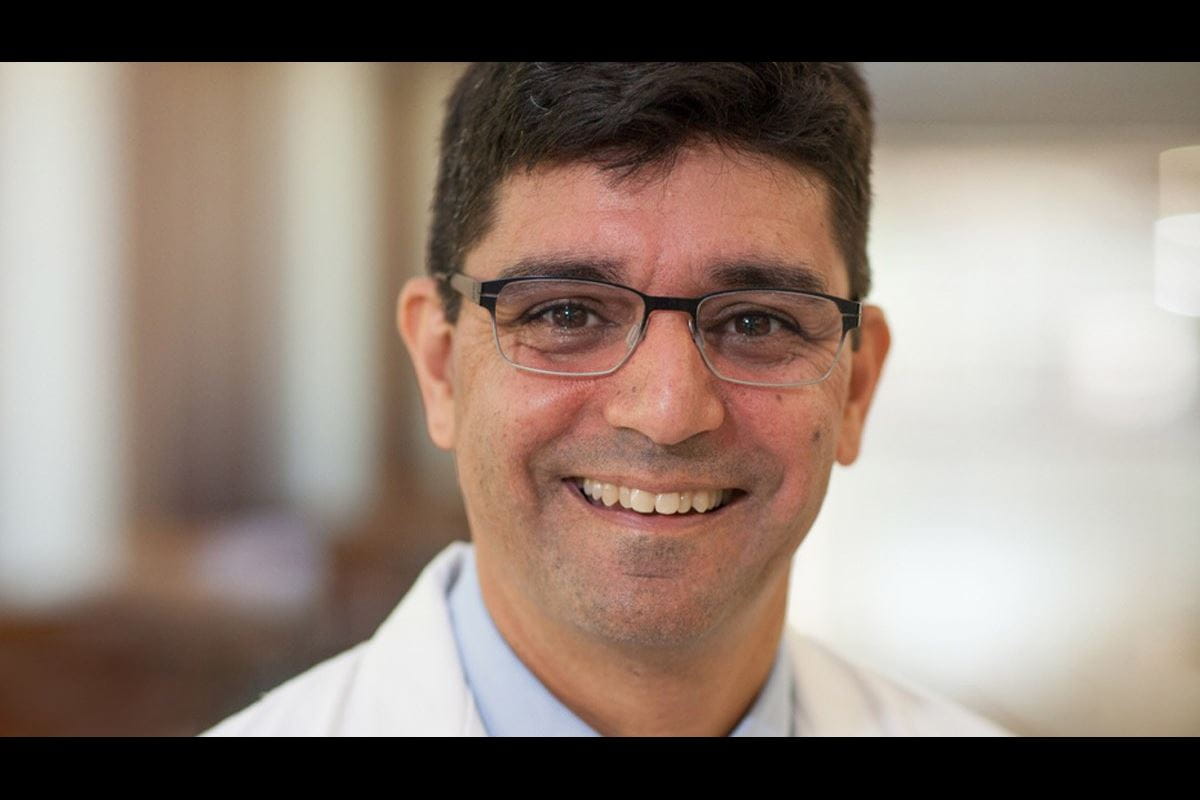 The evolution of the TB test

The Century-old tuberculin skin test (TST), or Mantoux test, has long been the most common way to detect latent infections of TB, but it has several disadvantages. This screening tool requires two visits to the doctor, and its interpretation is highly subjective and error-prone. In addition, it can’t distinguish between an infection or a Bacillus of Calmette et Guerin (BCG) vaccination (the most common vaccination in the world, even if it is no longer used in Western countries). 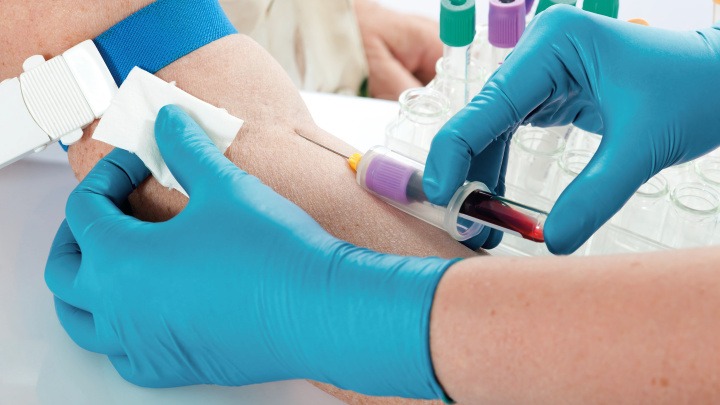 In the early 2000s, a new laboratory blood test arrived on the market - QuantiFERON. This simple test presents results after mixing some of the patient’s blood with Mycobacterium tuberculosis protein fragments. The level of the immune response in the blood sample is used to determine if the patient’s immune system recognizes the bacterium from a prior TB infection.

The QuantiFERON technology, unlike TST, is not fooled by previous immunizations and is considered to be one of the most accurate tests for TB infection. Since QuantiFERON was brought to market, more than 40 million tests have been performed using this technology. Its latest iteration, the 4th generation QuantiFERON Gold Plus test (QFT-Plus) launched in early 2015 and received regulatory approval in the U.S. in 2017.

The performance of the USA format of the QFT-Plus test has not been extensively evaluated in the pediatric population.

Find out more about QuantiFERON
Explore

Is it Influenza – or something else? 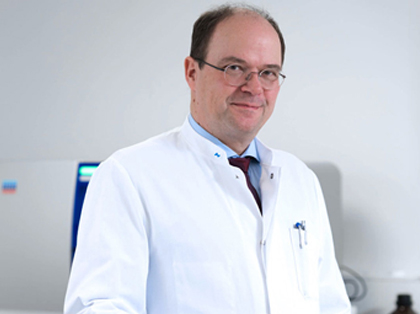