Endotoxins, also known as lipopolysaccharides or LPS, are cell membrane components of Gram-negative bacteria (e.g., E. coli). Therefore, each endotoxin molecule possesses hydrophobic, hydrophilic, and charged regions giving it unique features with respect to possible interactions with other molecules. Bacteria shed small amounts of endotoxins into their surroundings while they are actively growing and large amounts when they die. During lysis of bacterial cells for plasmid preparations, endotoxin molecules are released from the outer membrane into the lysate. 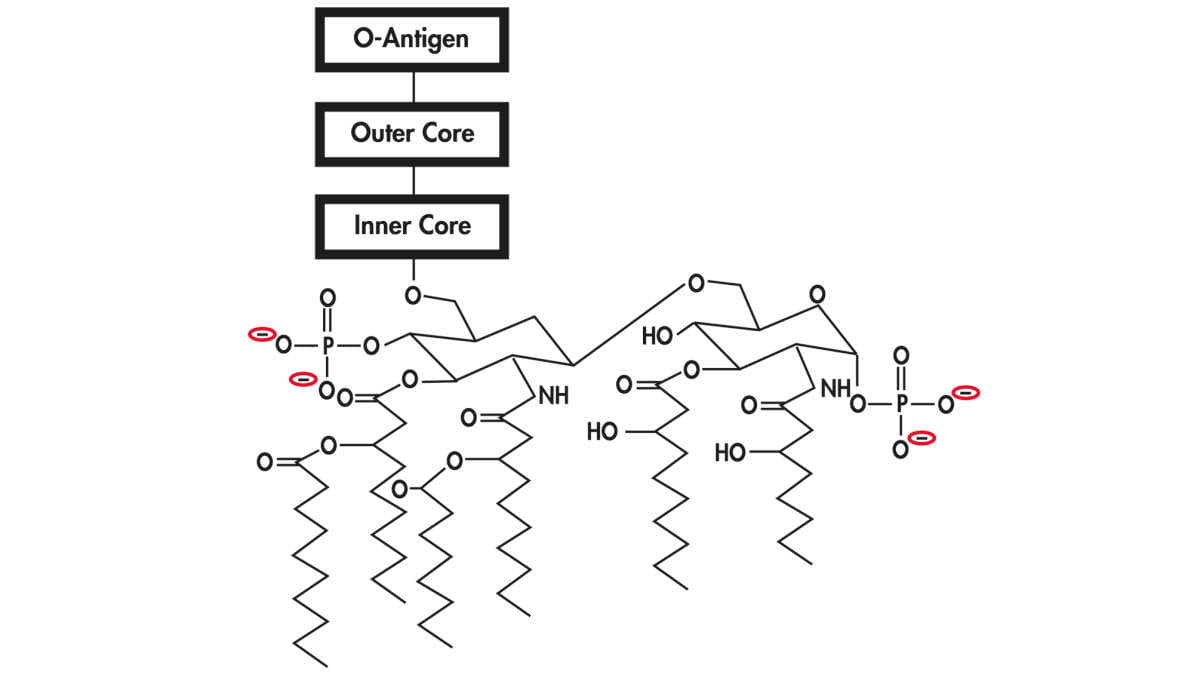 The chemical structure and properties of endotoxin molecules and their tendency to form micellar structures lead to copurification of endotoxins with plasmid DNA. For example, in CsCl ultracentrifugation, the CsCl-banded DNA is easily contaminated with endotoxin molecules, which have a similar density in CsCl to plasmid–ethidium bromide complexes.

Historically, endotoxins were measured in a clotting reaction between the endotoxin and a clottable protein in the amoebocytes of Limulus polyphemus, the horseshoe crab. Today, much more sensitive photometric tests (e.g., Kinetic-QCL Test from BioWhittaker, Inc.) are used, which are based on a Limulus amoebocyte lysate (LAL) and a synthetic color-producing substrate. LPS contamination is usually expressed in endotoxin units (EU). Typically, 1 ng LPS corresponds to 1–10 EU.

Influence of endotoxins on biological applications

Endotoxins strongly influence transfection of DNA into primary cells and sensitive cultured cells, and increased endotoxin levels lead to sharply reduced transfection efficiencies. Furthermore, it is extremely important to use endotoxin-free plasmid DNA for gene therapy applications, since endotoxins cause fever, endotoxic shock syndrome, and activation of the complement cascade in animals and humans. Endotoxins also interfere with in vitro transfection into immune cells such as macrophages and B cells by causing nonspecific activation of immune responses. These responses include the induced synthesis of immune mediators such as IL-1 and prostaglandin. It is important to make sure that plasticware, media, sera, and plasmid DNA are free of LPS contamination to avoid misinterpretation of experimental results.

To avoid recontamination of plasmid DNA after initial endotoxin removal, we recommend using only new plasticware that is certified to be pyrogen- or endotoxin-free. Endotoxin-free or pyrogen-free plasticware can be obtained from many different suppliers. Endotoxins adhere strongly to glassware and are difficult to remove completely during washing. Standard laboratory autoclaving procedures have little or no effect on endotoxin levels. Moreover, if the autoclave has previously been used for bacteria, the glassware will become extensively contaminated with endotoxin molecules. Heating glassware at 180°C overnight is recommended to destroy any attached endotoxin molecules. For further reading on endotoxin removal, please refer to the appropriate literature. It is also important not to recontaminate the purified endotoxin-free DNA by using reagents that are not endotoxin-free. All buffers supplied with the EndoFree Plasmid Kits are tested and certified to be endotoxin-free, as are the water for preparation of 70% ethanol and the TE buffer for resuspension.
X
Cookies help us improve your website experience.
By using our website, you agree to our use of cookies.
Confirm